Q. When I'm riding with my friends, they usually beat me to the top of the hills. Can I swap out the gears on my bike to make it easier to climb?

The answer is a qualified "yes." There are different ways to install easier gears on your bike, but it's not always a matter of swapping just the gears. Depending on the type of components that you already have, and the compatibility of those components, you may need to replace some of other components. 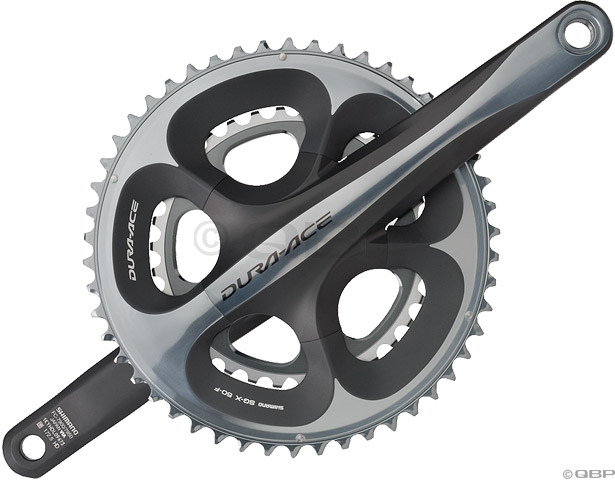 Your chainrings are the set of (usually 2 or 3) gears closer to the front of your bike, attached to your crank arms and pedals. Smaller-diameter chainrings (or in other words, those with fewer teeth) correspond to easier pedaling; larger chaingrings mean harder pedaling.

Road racing bikes typically have 2 chainrings, with a 52-tooth big chainring and a 39-tooth small chainring. This is what we sometimes refer to as a "standard double." The easiest way to get lower gears with this setup is to convert your entire crankset to a "compact double," which has a 50-tooth big ring and a 34-tooth small ring. You'll likely have to replace your whole crankset and chainrings, rather than replace the individual chainrings only, because the arrangement of the bolts that attach the chainrings to the crank arms is different for the two different chainring size ranges.

In most cases, if your bike is relatively new, you won't have to replace your front derailer when converting from a standard double to a compact double. Most modern front derailers are cross-compatible with both types of cranksets, but if it's an older model, it may need to be swapped out as well.

The compact double configuration has become very common and popular on recreational road bikes, because you get the advantages of a two-chainring setup (lower weight and simplicity of operation), with almost as low of a gear range as a three-chainring setup. You do lose a couple of gears on the higher end, but unless you're a serious racer, most average riders don't miss those top gears.

Road bikes with 3 chainrings are typically in the range of 52-42-30 or similar. This provides quite a wide range of high and low gears, but if you feel you need something lower, you can swap the crankset out for a "hybrid" or "touring" crankset, which usually have chainring configurations of 48-38-28 or 48-36-26. If you've already got a front derailer that's compatible with triple chainrings, then it's likely it will still work, but it's best to check with your mechanic to make sure.

In some cases, it might be possible to just swap individual chainrings on a triple setup. This way, you might be able to just swap your smallest chainring to have a lower "granny gear" when you need it. You'll need to worry about the bolt pattern issue mentioned above, plus front and rear derailer compatibility issues, which can get sort of complicated, so again, it's best to talk to your mechanic to see what options are available to you.

Your "cassette" is the set of gears on your rear wheel. Some older or cheaper bikes may have a "freewheel" instead of a cassette, but for the purposes of this discussion, the concepts are the same, so we'll only use the term "cassette" to keep things simple. The individual gears on the cassette are referred to as "cogs."

On your rear wheel, the gear ratios work out the opposite of on your chainrings. In other words, smaller cogs (fewer teeth) on the rear correspond to you harder pedaling, and bigger cogs (more teeth) correspond to the easier pedaling.

Most road bikes have either an 11-tooth or 12-tooth smallest cog, and a largest cog with 23, 25, 26 teeth. Cassettes (and freewheels) come as a complete set; in most cases, it's not possible to swap individual cogs; you have to replace the entire cassette.

To explain how you can get easier gears by swapping cassettes on your road bike, we'll have to delve into some of the technicalities of how rear derailers work. Your bike comes equipped with a chain that is long enough to be able to wrap around your largest cog and your largest chainring at the same time. As you shift into smaller cogs and/or chainrings, it's the job of the rear derailer to take up that extra "slack" in the chain. How much slack they can handle depends on the length of the "cage," which is the part of the rear derailer that hangs down towards the ground. 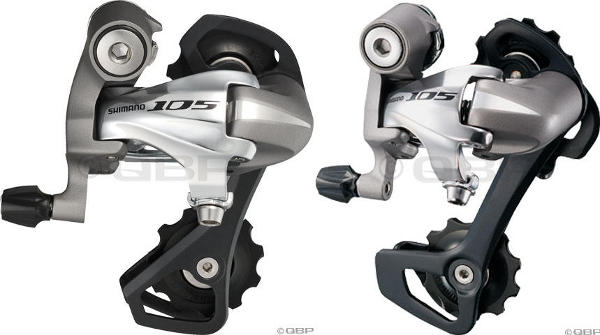 It is possible to use a mountain bike cassette with an even lower range on a road bike, but you'll have to switch to a mountain bike rear derailer. Most mountain bike rear derailers have a long cage, which can handle a 34-tooth cog, or even some newer cassettes with 36-tooth cogs. The good news is that as long as you're using a cassette with 9 speeds or less, this will work fine, even with a road bike shifter. However, on the newer 10-speed cassette systems, mountain and road rear shifters and derailers are NOT interchangeable, so in most cases, you'll have to live with a maximum of the 30-tooth cog on your rear cassette.

Most hybrid bikes come with a gear configuration that you might refer to as a "hybrid," appropriately enough. They use mountain bike shifters and derailers, a mountain bike cassette (usually 11-32 or 11-34 range), and a touring (28-28-48) crankset. So, if you've got an 11-32 cassette on your hybrid bike, and you want to swap it to an 11-34 to get you little bit of extra "oomph" for climbing, it's an easy cassette upgrade.

Many road touring bikes, such as the Surly Long Haul Trucker, also come with a "mixed" drive train. They'll have road bike shifters, a touring crankset, road bike front derailer, a mountain bike cassette and a mountain bike rear derailer. This gives a nice, broad gear range that works well for cruising fast on flat roads, but also with very low gears for hauling your heavy touring load up a mountain.

There may be other configurations and gear/shifter/derailer combinations that will work and meet your needs that are not outlined above. Your best bet is to bring your bike in and let us check it out and see what will work for you.

One caveat that should be mentioned, however, gets back to the original question mentioned at the beginning of this article. Putting lower gears on your bike will make it easier to climb hills. But, note that easier is not necessarily the same thing as faster. In fact, in all likelihood, if your friends are getting up hills faster than you are now, if you put easier gears on your bike, they will beat you even worse. It's an unavoidable consequence of physics: easier gears equals slower speed.

As one famous cyclist noted, "it's not about the bike." The only ways to make your bike go uphill faster are: