Chelsea Green Guides Biking To Work
$7.95
By Rory McMullan Did you know... Regular cyclists have the general health and fitness of noncyclists who are 10 years younger. Car occupants are exposed to 2-3 times more air pollution than cyclists. Cars, SUVs, pickup trucks, and motorcycles produce 17 percent of America's global warming pollution vs. non from bicycles. These are just a few of the reasons to start commuting by bike. For those who live within a few miles of work, this book offers simple safety, bike-buying, gear-buying, and basic maintenance tips, as well as ways to best plan your route to and from the office. By biking to work, you can improve your physical and mental health, save money, reduce smog and global-warming pollution, and contribute to friendlier cities. In the face of rush-hour traffic, biking is often faster than driving, too!

Random House Riding Outside the Lines - International Incidents and Other Misadventures with the Metal Cowboy
$13.00
Written by Joe Kurmaskie Softcover Like a modern-day Don Quixote, Joe Kurmaskie--bike adventurer, writer, and twelve-year-old boy trapped in a man's body--wanders the world on two wheels, often with hilarious results, in Riding Outside the Lines. A jaunt through such far-flung locations as Ireland, Australia, Mexico, South America, and beyond, here is a collection of tales woven together with one central theme: the world is a much smaller place when you view it from the seat of a bicycle. Whether he's weekending in the buff after accidentally stumbling into a nudist colony wedding, knocking back red wine in tin cans with a gun-toting ex-bounty hunter, combing the countryside in a quest to find the all-girl bagpipe squad he met in his dreams, or playing a rousing game of ice golf on the frozen tundra, Joe Kurmaskie writes of his gonzo global trek in a spirit infused with insight, good humor, and optimism. Riding Outside the Lines encourages travel buffs and armchair explorers alike to get on your bike and see the beauty of our planet and the colorful souls who populate it.

Falcon Guides Road Biking Ohio by Celeste Baumgartner
$16.95
Ohio and cycling are a good match, and Road Biking Ohio provides a personal tour of forty memorable rides that showcase the beauty and diversity of the Buckeye State--from Lake Erie and the plains in the north to breathtaknig hills and the Ohio River in the south. Come face to face with nature and history, whether glimpsing bald eagles, passing through covered bridges, exploring Underground Railroad sites, pedaling along canals, or riding through Amish Country. For more than thirty years, FalconGuides have set the standard for outdoor guidebooks. Written by top experts, each guide invites you to experience the adventure and beauty of the outdoors. Celeste Baumgartner has written a bicycling column for more than fifteen years for the Hamilton Journal-News, describing Ohio's bike routes, which she knows firsthand. An award-winning outdoor writer, she has written for many publications, including Country Living, Bird Watcher's Digest, and Ohio Outdoors. She lives in Hamilton, Ohio. 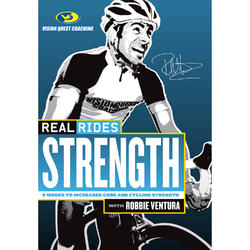