The 17th annual Iceman Cometh Challenge was held on Saturday, November 4, 2006. The Iceman is a 27-mile mountain bike race from Kalkaska to Traverse City, over singletrack, gravel and fire roads, and the famous VASA ski trail of northern lower Michigan.

Mike Simonson of Oxford, Michigan took the overall Pro Men's title, and Kelli Emmett from Colorado Springs and the Ford Cycling Team successfully defended her title as the Pro Women's winner. The full Men's and Women's results are available on the Iceman web site. 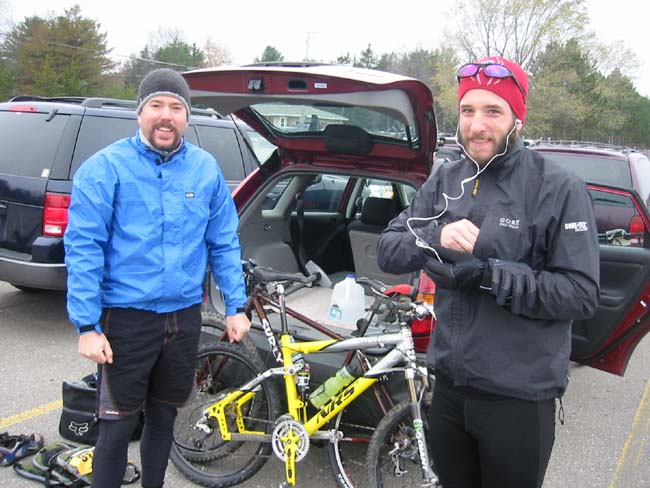 Doug and Brent gear up (and try to warm up) for the start. 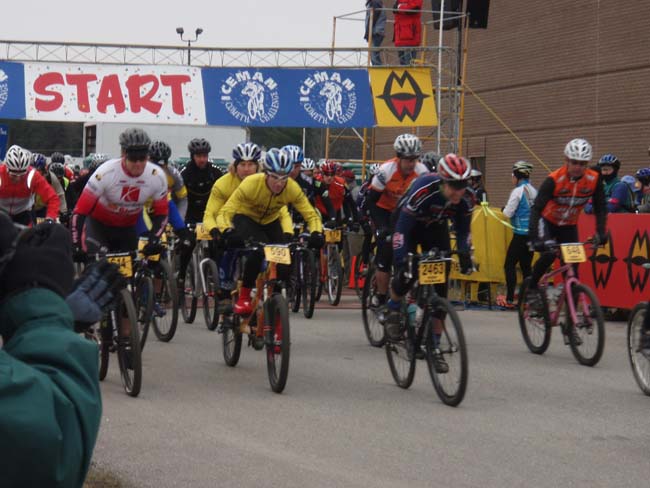 The start of the Men's Singlespeed class 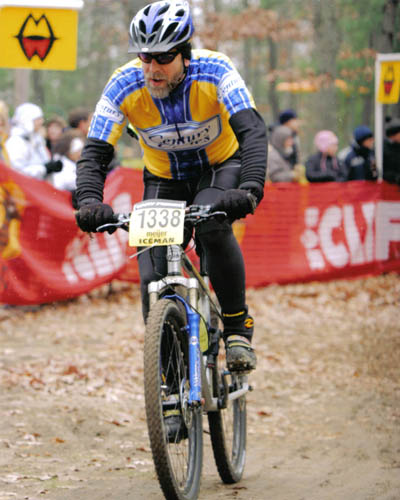 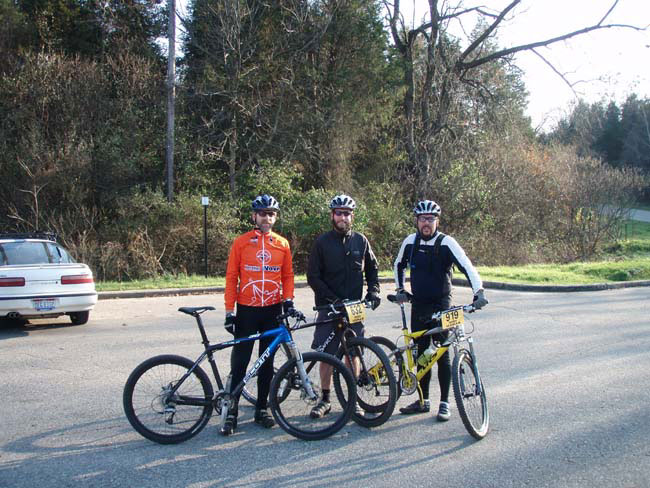 Kevin, Brent, and Doug check out the Potawatomi Trail outside of Ann Arbor.