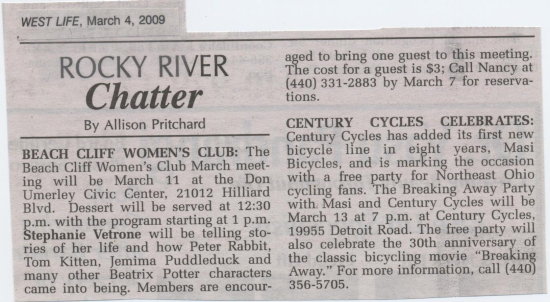 Century Cycles has added its first new bicycle line in eight years, Masi Bicycles, and is marking the occasion with a free party for Northeast Ohio cycling fans. The Breaking Away Party with Masi and Century Cycles will be March 13 at 7 p.m. at Century Cycles, 19955 Detroit Road. The free party will also celebrate teh 30th anniversary of the classic bicycling movie "Breaking Away." For more information, call (440) 356-5705.