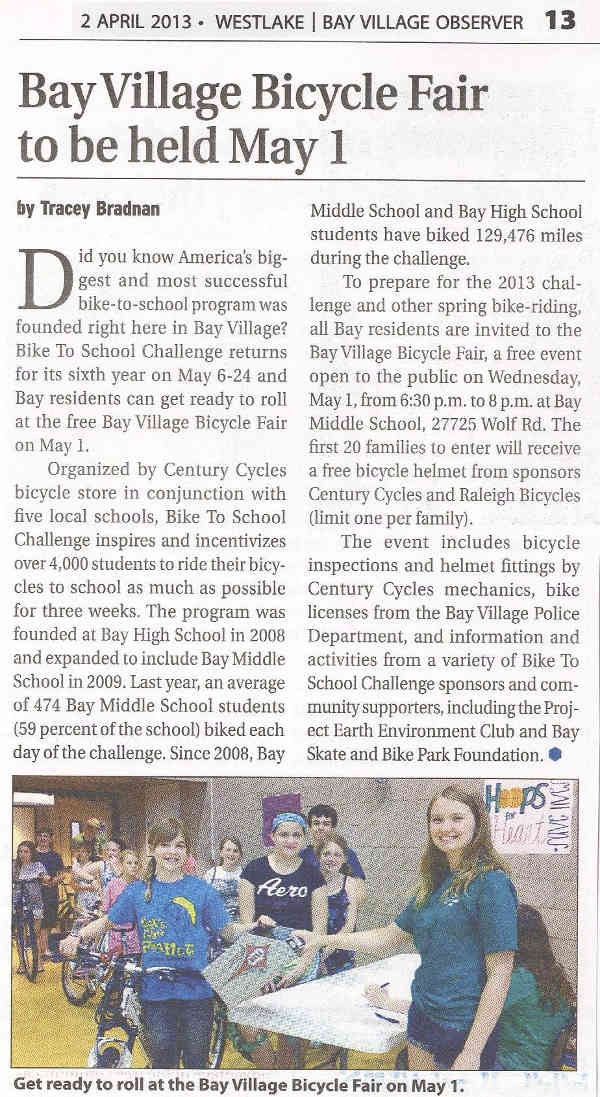 Did you know America's biggest and most successful bike-to-school program was founded right here in Bay Village? Bike To School Challenge returns for its sixth year on May 6-24 and Bay residents can get ready to roll at the free Bay Village Bicycle Fair on May 1.

To prepare for the 2013 challenge and other spring bike-riding, all Bay residents are invited to the Bay Village Bicycle Fair, a free event open to the public on Wednesday, May 1, from 6:30 p.m. to 8 p.m. at Bay Middle School, 27725 Wolf Rd. The first 20 families to enter will receive a free bicycle helmet from sponsors Century Cycles and Raleigh Bicycles (limit one per family).

The event includes bicycle inspections and helmet fittings by Century Cycles mechanics, bike licenses from the Bay Village Police Department, and information and activities from a variety of Bike To School Challenge sponsors and community supporters, including the Project Earth Environmental Club and Bay Skate and Bike Park Foundation.