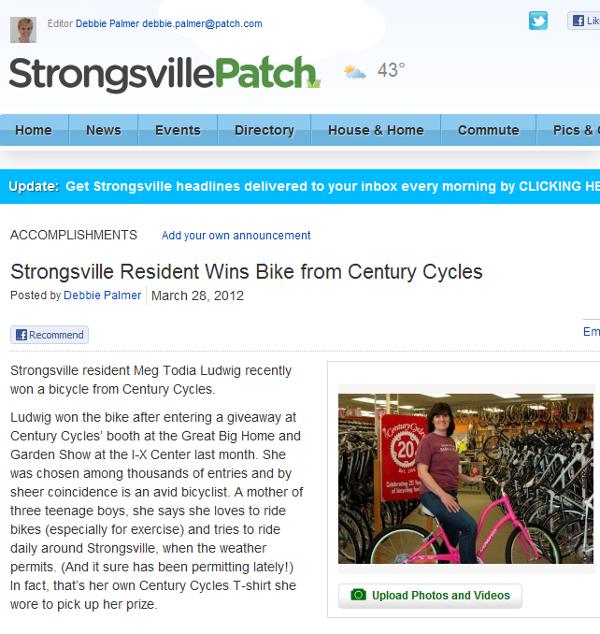 Ludwig won the bike after entering a giveaway at Century Cycles’ booth at the Great Big Home and Garden Show at the I-X Center last month. She was chosen among thousands of entries and by sheer coincidence is an avid bicyclist. A mother of three teenage boys, she says she loves to ride bikes (especially for exercise) and tries to ride daily around Strongsville, when the weather permits. (And it sure has been permitting lately!) In fact, that’s her own Century Cycles T-shirt she wore to pick up her prize.