The Fall 2013 issue of Rails To Trails, the magazine of the Rails To Trails Conservancy, featured a story on the Ohio To Erie Trail, a bicycle route between Cleveland and Cincinnati. This route includes part of the Ohio & Erie Canal Towpath Trail. The magazine stopped by our Peninsula store in preparation for the story, and got a photo of mechanic Ryan McKenzie (see below).

You can read the entire issue of the magazine here. 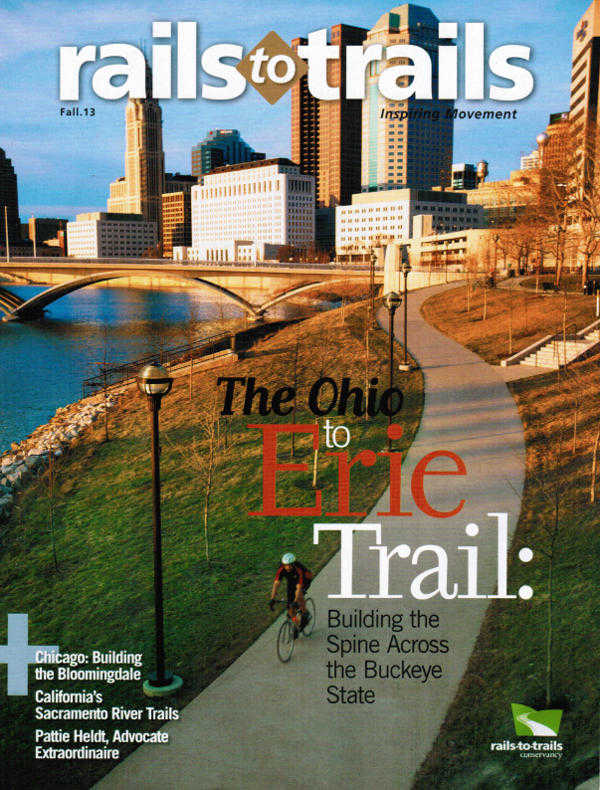 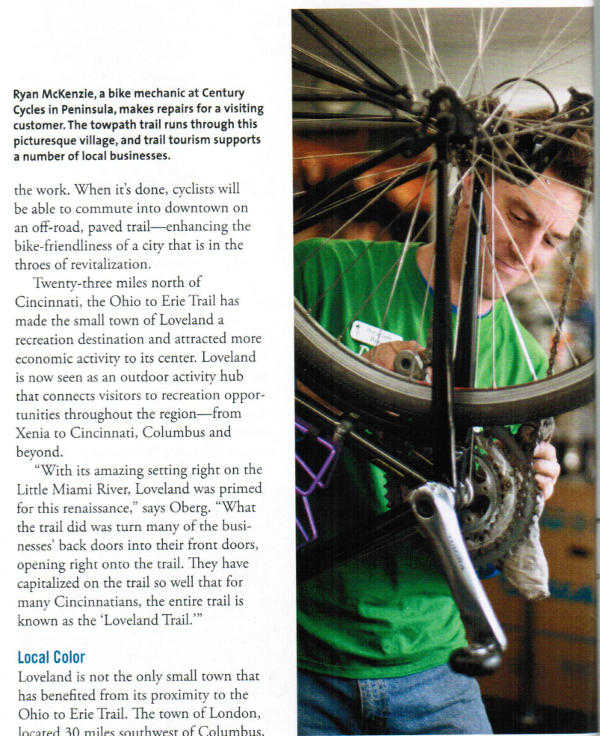 Ryan McKenzie, a bike mechanic at Century Cycles in Peninsula, makes repairs for a visiting customer. The towpath trail runs through this picturesque village, and trail tourism supports a number of local businesses.