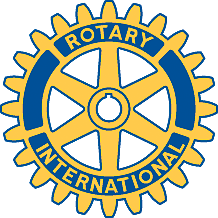 Chagrin Falls, September 15--When Katie Spotz' van was stolen on August 29, the thieves made off with more than just her 2000 Dodge minivan, they also got the bicycle she rode across the United States in 2006, along with the oars she used in her world record-setting row across the Atlantic ocean earlier this year. But Katie's back on her bike today thanks to the Chagrin Valley Rotary Club, Century Cycles, and Giant Bicycles, the manufacturer of the stolen bike.

Upon learning of Katie's misfortune, Century Cycles owner Scott Cowan immediately contacted Giant Bicycles, the manufacturer of the bike, to help the club find a way to replace it. Working together, the Chagrin Valley Rotary Club, Century Cycles, and Giant Bicycles will present Katie with a brand-new 2011 Giant Defy Advanced 1, a high-performance carbon fiber road bike which has a retail value of $3,100 and is worthy of her accomplishments and future adventures.

"Katie's quest to help others around the world has inspired our club to fulfill the Rotary motto, Service Above Self," said Gary Pinkerton, Chagrin Valley Rotary Club president. "Thanks to members Mark Besand, Jeff Griff and Frank Lanza, who stepped up to ensure that Katie's damaged van is repaired and road-worthy, and that she's back up on her bike training for the next event. We're proud to support this remarkable young woman and are especially grateful to Century Cycles and Giant for their generosity in helping to replace Katie's bicycle."

"Everyone in the Northeast Ohio bicycling community was heartbroken to hear of the theft of Katie's bike," said Scott Cowan. "We are super excited to be able help get Katie back on the road again."

The mission of Rotary International is to provide service to others, promote integrity, and advance world understanding, goodwill, and peace through its fellowship of business, professional, and community leaders. The Chagrin Valley Rotary Club meets at the Kenston Middle School Betty Patton Room, located at 17425 Snyder Road, Chagrin Falls, Ohio 44023 each Tuesday from 7:15 a.m. until 8:30 a.m. For more information, please visit www.chagrinvalleyrotary.com.

Across seven continents and fifty-odd countries, underneath thirty-two of the world's brightest professional cyclists, in over ten thousand retail outlets, and throughout the streets of the world's most populous nations, you'll find bicycles designed and built by Giant, 'The Global Bicycle Company.'