From Michael K. McIntyre's Tipoff column from the October 16, 2010 edition of the Plain Dealer: 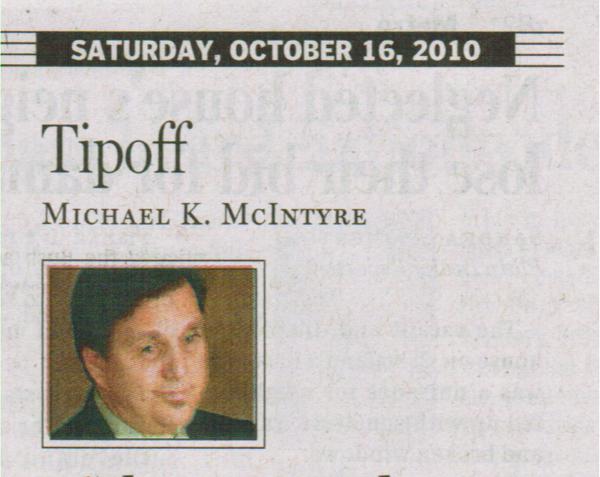 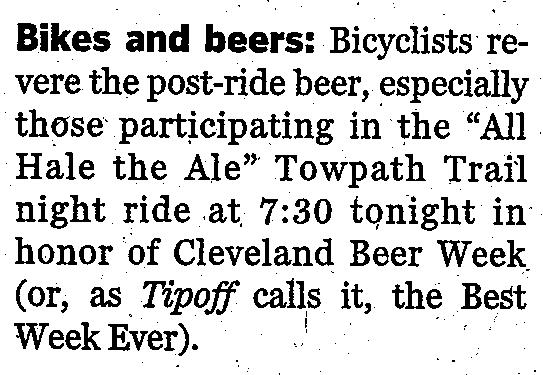 Bicyclists revere the post-ride beer, especially those participating in the "All Hail the Ale" Towpath Trail night ride at 7:30 tonight in honor of Cleveland Beer Week (or, as Tipoff calls it, the Best Week Ever).

Century Cycles conducted an online survey to ask Northeast Ohio bicyclists which style they prefer after a ride. Bicyclists may not like bumps, but they like hops. Among the 114 respondents, Ale/Pale Ale/India Pale Ale snagged 44 percent. The rest: Wheat/Belgian (21 percent), Porter/Stout (18 percent), Light Beer (10 percent) and Lager (7 percent).

The ride ends at the Winking Lizard Tavern in Peninsula, where the favorites just happen to be on hand: Left Hand Twin Sisters Double IPA and Sierra Nevada Porter (in cask).

There's a contest for riders who dress as their favorite beer, but not those who wear it by trying to drink and ride.