From Michael K. McIntyre's Tipoff column from the March 13, 2010 edition of the Plain Dealer: 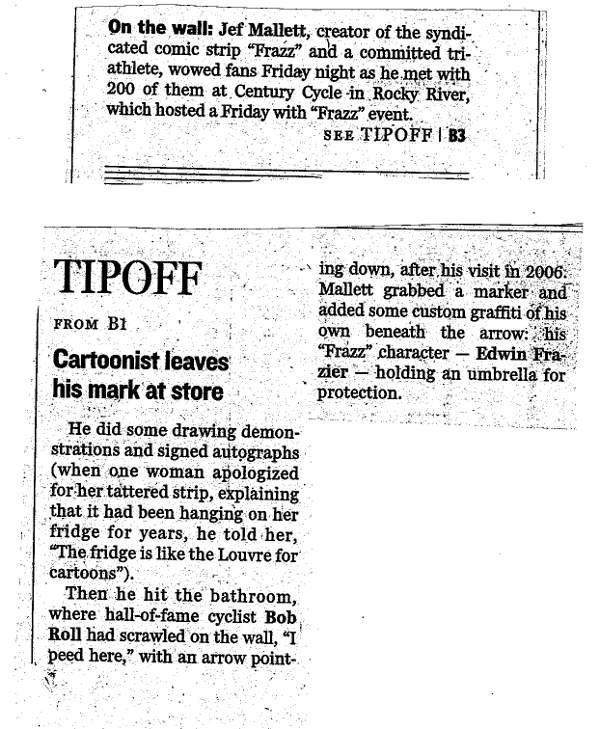 On the wall: Jef Mallett, creator of the syndicated comic strip "Frazz" and a committed triathlete, wowed fans Friday night as he met with 200 of them at Century Cycle in Rocky River, which hosted a Friday with "Frazz" event.

He did some drawing demonstrations and signed autographs (when one woman apologized for her tattered strip, explaining that it had been hanging on her fridge for years, he told her, "The fridge is like the Louvre for cartoons").

Then he hit the bathroom, where hall of fame cyclist Bob Roll had scrawled on the wall, "I peed here," with an arrow pointing down, after his visit in 2006. Mallett grabbed a marker and added some custom graffiti of his own beneath the arrow: his "Frazz" character - Edwin Frazier - holding an umbrella for protection.