Thanks to the Medina Gazette for mentioning our Medina Bike Fair, held on May 1, 2012 as part of the first Bike To School Challenge in Medina. 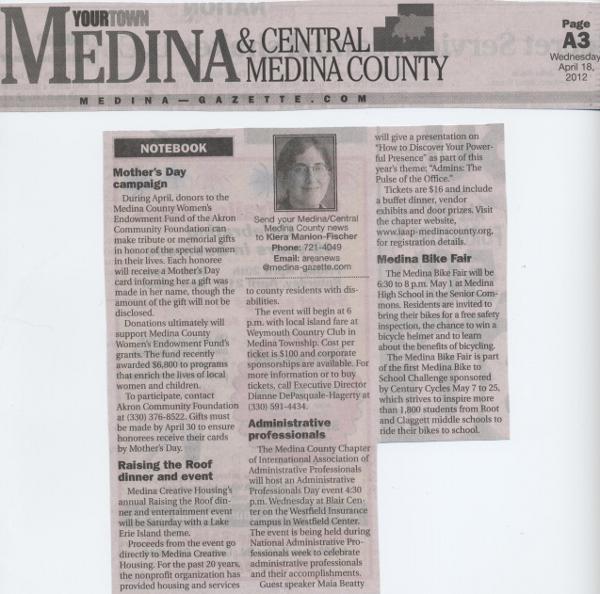 The Medina Bike Fair will be 6:30 to 8 p.m. May 1 at Medina High School in the Senior Commons. Residents are invited to bring their bikes for a free safety inspection, the chance to win a bicycle helmet and to learn abou the benefits of bicycling.

The Medina Bike Fair is part of the first Medina Bike to School Challenge sponsored by Century Cycles May 7 to 25, which strives to inspire more than 1,000 students from Root and Claggett middle schools to ride their bikes to school.