The August 2011 issue of Hudson Monthly magazine contained a feature article about the activities of area bicycling clubs, and also mentioned Century Cycles' Night Rides on the Towpath Trail and bicycle rental service. Scroll down below the images to read an excerpt. 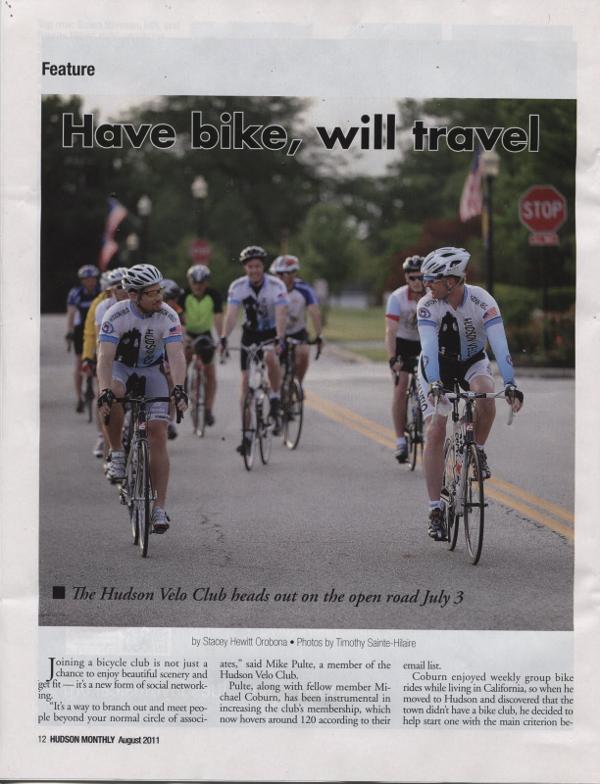 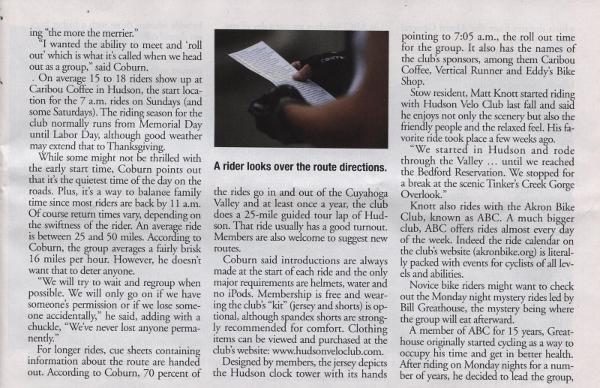 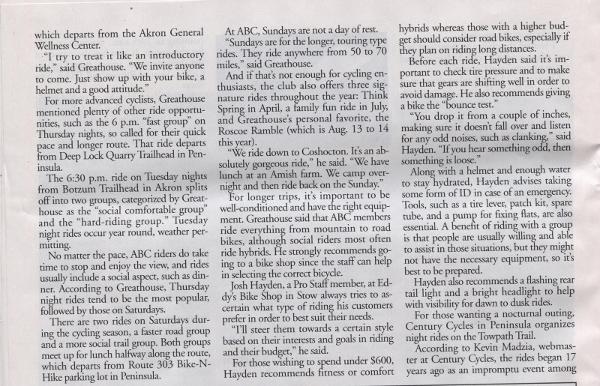 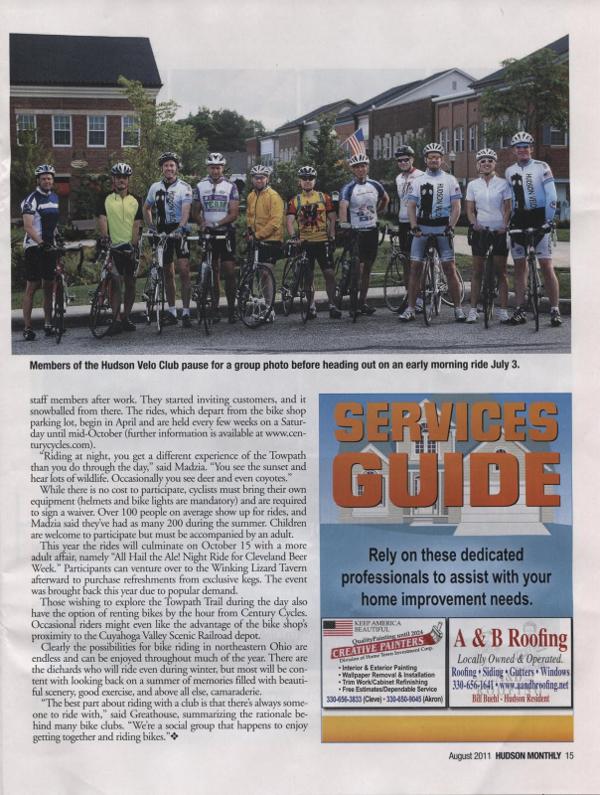 For those wanting a nocturnal outing, Century Cycles in Peninsula organizes night rides on the Towpath Trail.

According to Kevin Madzia, webmaster at Century Cycles, the rides began 17 years ago as an impromptu event among staff members after work. They started inviting customers, and it snowballed from there. The rides, which depart from the bike shop parking lot, begin in April and are held every few weeks on a Saturday until mid-October (further information is available at www.centurycycles.com).

"Riding at night, you get a different experience of the Towpath than you do through the day," said Madzia. "You see the sunset and hear lots of wildlife. Occasionally you see deer and even coyotes."

While there is no cost to participate, cyclists must bring their own equipment (helmets and bike lights are mandatory) and are required to sign a waiver. Over 100 people on average show up for the rides, and Madzia said they've had as many as 200 during the summer. Children are welcome to participate but must be accompanied by an adult.

This year the rides will culminate on October 15 with a more adult affair, namely "All Hail the Ale! Night Ride for Cleveland Beer Week." Participants can venture over to the Winking Lizard Tavern afterward to purchase refreshments from exclusive kegs. The event was brought back this year due to popular demand.

Those wishing to explore the Towpath Trail during the day also have the option of renting bike by the hour from Century Cycles. Occasional riders might even like the advantage of the bike shop's proximity to the Cuyahoga Valley Scenic Railroad depot.