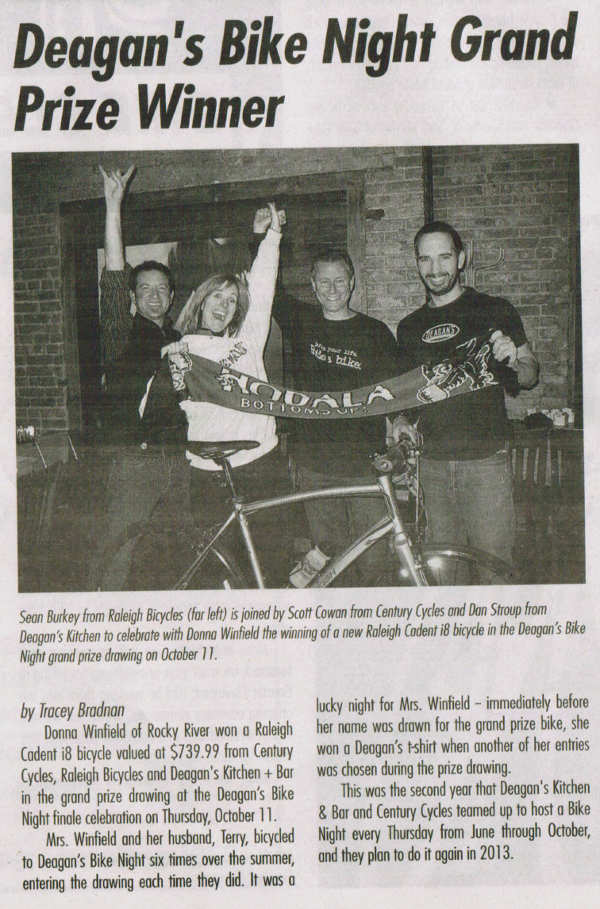 Mrs. Winfield and her husband, Terry, bicycled to Deagan’s Bike Night six times over the summer, entering the drawing each time they did. It was a lucky night for Mrs. Winfield -- immediately before her name was drawn for the grand prize bike, she won a Deagan’s t-shirt when another of her entries was chosen during the prize drawing.

This was the second year that Deagan's Kitchen & Bar and Century Cycles teamed up to host a Bike Night every Thursday from June through October, and they plan to do it again in 2013.