From the Fox 8 Cleveland web site: 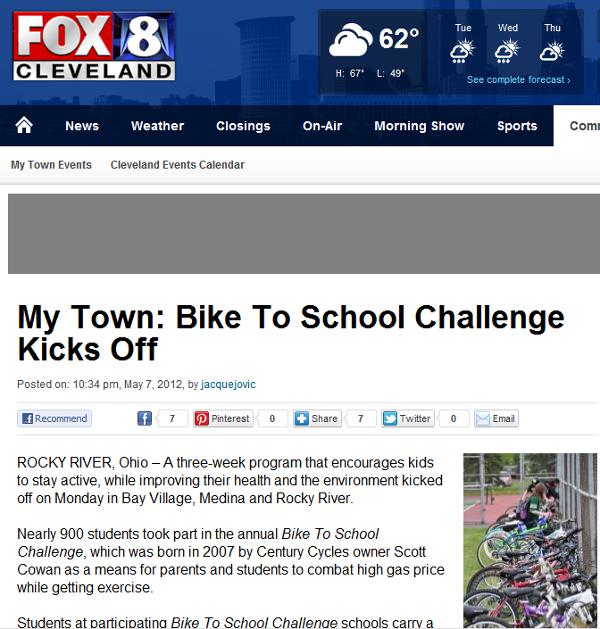 ROCKY RIVER, Ohio – A three-week program that encourages kids to stay active, while improving their health and the environment kicked off on Monday in Bay Village, Medina and Rocky River.

Nearly 900 students took part in the annual Bike To School Challenge, which was born in 2007 by Century Cycles owner Scott Cowan as a means for parents and students to combat high gas price while getting exercise.

At Bay Middle School, 424 bikes were counted on Monday. That translates to 52% of the school riding bikes, according to event organizers.

At Root Middle School in Medina, 97 bicycles were counted, or 12% of the school, during their first year of participating in the event.

“It is an awe-inspiring sight to see hundreds of bicycles parked in front of these schools,” said Cowan. “It sends a powerful message about the huge impact youth can have on the community with the simple act of riding a bike.”

For regular updates and more information about the Bike To School Challenge through May 25, click here.