The December 2014 issue of Buzzbin Magazine featured a story on the burgeoning fat bike/snow bike scene: 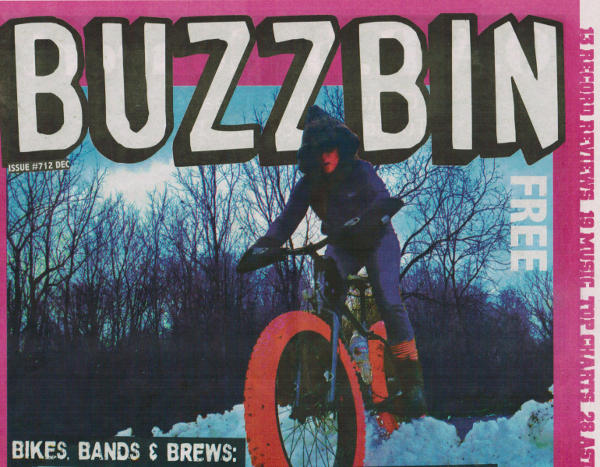 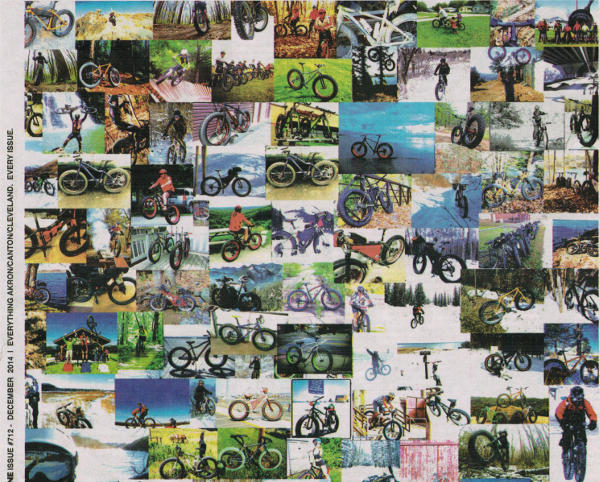 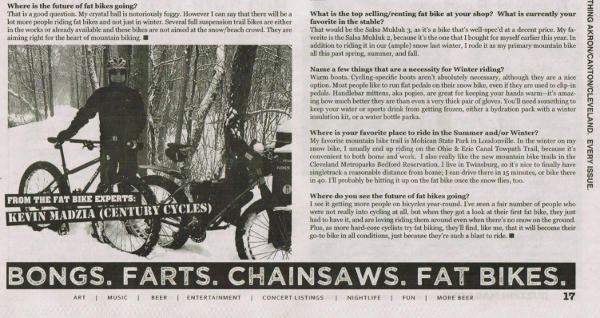 Kevin Madzia is the IT Manager as well as a Bicycle Fit Specialist for Century Cycles, which has three locations in Medina, Peninsula, and Rocky River. They sell and rent a line of fat bikes.

What is the top selling/renting fat bike at your shop? What is currently your favorite in the stable?
That would be the Salsa Mukluk 3, as it's a bike that's well-spec'd at a decent price. My favorite is the Salsa Mukluk 2, because it's the one I bought for myself ealier this year. In addition to riding it in our (ample) snow last winter, I rode it as my primary mountain bike all the past spring, summer, and fall.

Name a few things that are a necessity for Winter riding?Warm boots. Cycling-specific boots aren't necessary, although they are a nice option. Most people like to run flat pedals on their snow bike, even if they are used to clip-in pedals. Handlebar mittens, aka pogies, are great for keeping your hands warm--it's amazing how much better they are than even a very thick pair of gloves. You'll need something to keep your water or sports drink from getting frozen, either a hydration pack with a winter insulation kit, or a water bottle parka.

Where is your favorite place to ride in the Summer and/or Winter?
My favorite mountain bike trail is Mohican State Park in Loudonville. In the winter on my snow bike, I usually end up riding on the Ohio & Erie Canal Towpath trail, because it's convenient to both home and work. I also really like the new mountain bike trails in the Cleveland Metroparks Bedford Reservation. I live in Twinsburg, so it's nice to finally have singletrack a reasonable distance from home; I can drive there in 15 minutes, or bike there in 40. I'll probably be hitting it up on the fat bike once the snow flies, too.

Where do you see the future of fat bikes going?
I see it getting more people on bicycles year-round. I've seen a fair number of people who were not really into cycling at all, but when they got a look at their first fat bike, they just had to have it, and are loving riding them around even when there's no snow on the ground. Plus, as more hard-core cyclists try fat biking, they'll find, like me, that it will become their go-to bike in all conditions, just because they're such a blast to ride.