From the special Memorial Day supplement of Bicycle Retailer and Industry News: 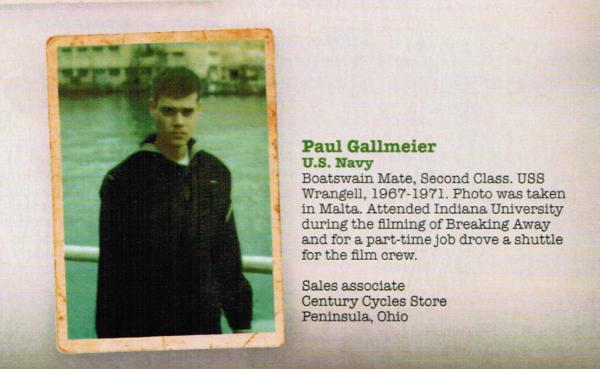 Boatswain Mate, Second Class. USS Wrangell, 1967-1971. Photo was taken in Malta. Attended Indiana University during the filming of Breaking Away and for a part-time job drove a shuttle for the film crew.