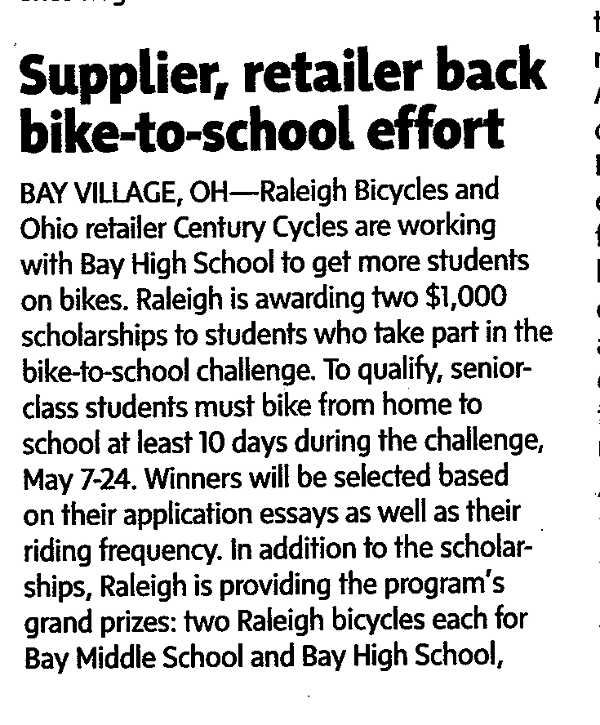 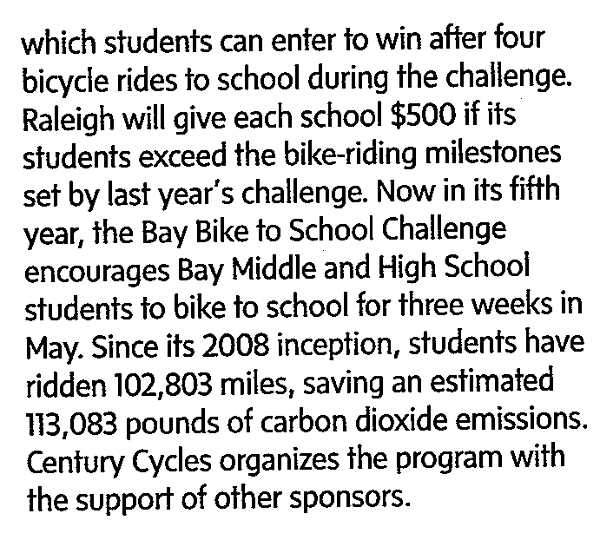 BAY VILLAGE, OH -- Raleigh Bicycles and Ohio retailer Century Cycles are working with Bay High School to get more students on bikes. Raleigh is awarding two $1,000 scholarships to students who take part in the bike-to-school challenge. To qualify, senior-class students must bike from home to school at least 10 days during the challenge, May 7-24. Winners will be selected based on their application essays as well as their riding frequency. In addition to the scholarships, Raleigh is providing the program's grand prizes: two Raleigh bicycles each for Bay Middle School and Bay High School, which students can enter to win after four bicycle rides to school during the challenge. Raleigh will give each school $500 if its students exceed the bike-riding milestones set by last year's challenge. Now in it fifth year, the Bay Bike to School Challenge encourages Bay Middle and High School students to bike to school for three weeks in May. Since its 2008 inception, students have ridden 102,803 miles, saving an estimated 113,083 pounds of carbon dioxide emissions. Century Cycles organizes the program with the support of other sponsors.