From the April 15, 2010 edition of Bicycle Retailer and Industry News: 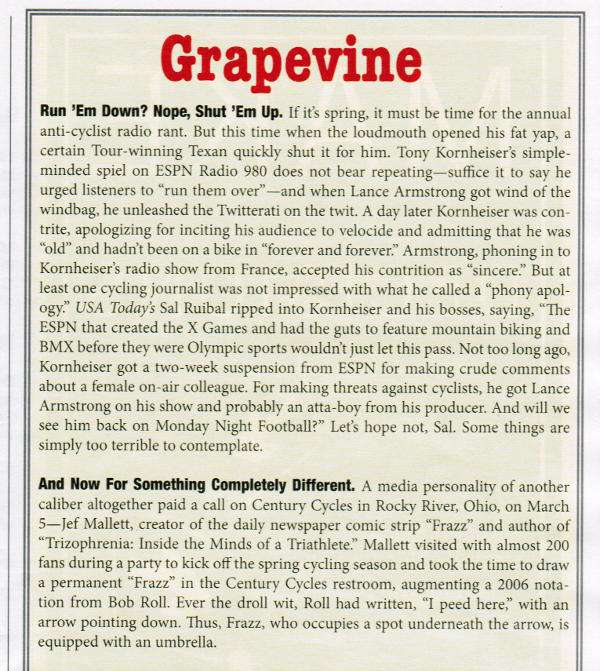 And Now For Something Completely Different

A media personality of another caliber altogether paid a call on Century Cycles in Rocky River, Ohio, on March 5--Jef Mallett, creator of daily newspaper comic strip "Frazz" and author of "Trizophrenia: Inside the Minds of a Triathlete." Mallett visited with almost 200 fans during a party to kick off the spring cycling season and took the time to draw a permanent "Frazz" in the Century Cycles restroom, augmenting a 2006 notation from Bob Roll. Ever the droll wit, Roll had written, "I peed here," with an arrow pointing down. Thus, Frazz, who occupies a spot underneath the arrow, is equipped with an umbrella.