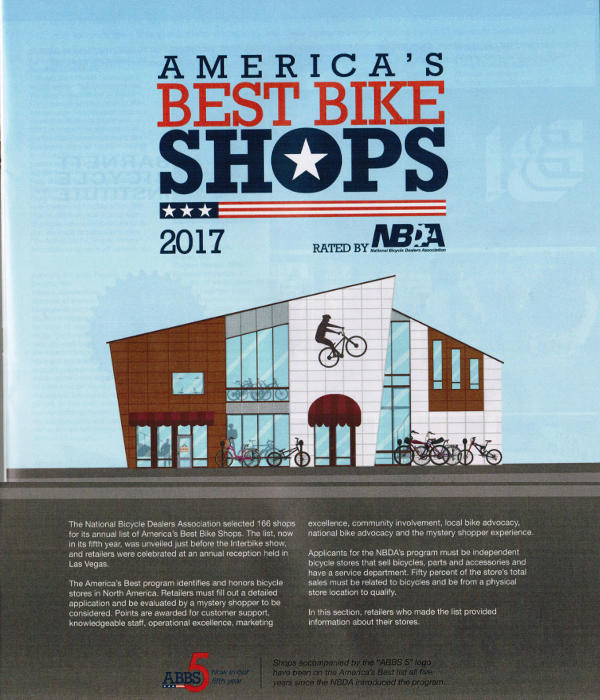 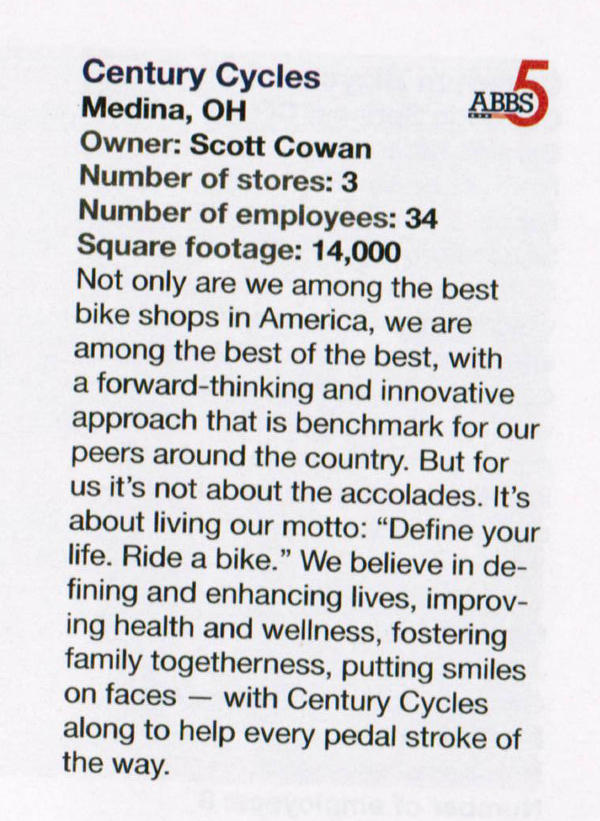 The National Bicycle Dealers Association selected 166 shops for its annual list of America's Best Bike Shops. The list, now in its fifth year, was unveiled just before the Interbike show, and retailers were celebrated at an annual reception held in Las Vegas.

Applicants for the NBDA program must be independent bicycle stores that sell bicycles, parts and accessories and have a service department. Fifty percent of the store's total sales must be related to bicycles and be from a physical store location to qualify.

In this section, retailers who made the list provide information about their stores.

Shops accompanied by the "ABBS 5" logo have been on the America's Best list all five years since the NBDA introduced the program.

Century Cycles
Medina, OH
Owner: Scott Cowan
Number of stores: 3
Number of employees: 34
Square footage: 14,000
Not only are we among the best bike shops in America, we are among the best of the best, with a forward-thinking and innovative approach that is benchmark for our peers around the country. But for us it's not about the accolades. It's about living our motto: "Define your life. Ride a bike." We believe in defining and enhancing lives, improving health and wellness, fostering family togetherness, putting smiles on faces -- with with Century Cycles along to help every pedal stroke of the way.