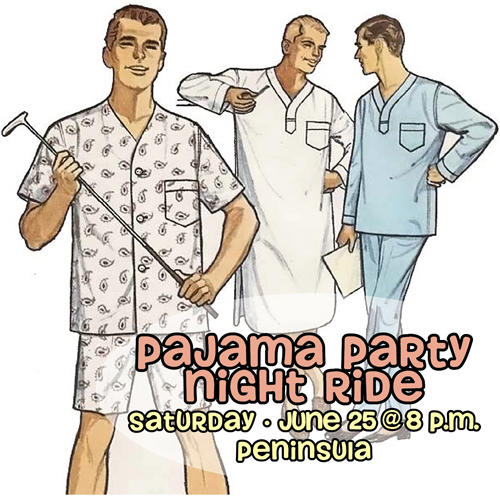 The Pajama Party Night Ride on the Towpath Trail for 2011 was originally scheduled for May 14, to kick off Cleveland Bicycle Week. Severe weather forced us to re-schedule the party for June 25.

The festivities began at 7pm in the Peninsula store parking lot, with cycle-your-own-smoothies and free glow-in-the-dark goodies. With help from the Grunt Girl Racing team, donations of stuffed toys, blankets, and children's books were collected for Project Night Night. 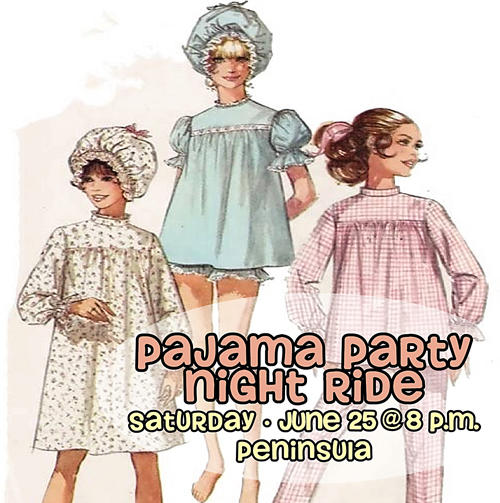 The ride began at 8pm, with 178 pajama-clad cyclists taking to the trail! At the Botzum Trailhead turn-around point, riders were treated to slumber party snacks (popcorn, animal crackers, Twizzlers, and pop), and games of Spin the Water Bottle for Cycling Truth or Dare! Most of the group gathered in the Winking Lizard's party room after the ride for food and beverages.