Deagan's Kitchen & Bar and Century Cycles teamed up to bring you our first-ever Bike Night, from June 16 through October 13, 2011. Customers who rode their bicycle to Deagan's Kitchen & Bar in Lakewood on Thursday nights anytime from 5pm to close to received 15% off their food and drink bill, plus entered to win a brand-new Raleigh Detour Deluxe bicycle.

Thanks to everyone who enjoyed riding to Deagan's all season! Click here for details of Deagan's Bike Night for 2012! 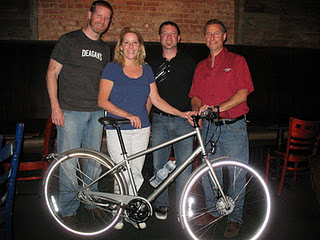 Congratulations to Claudia Fleming of Cleveland for winning the Deagan's Bike Night grand prize -- a 2011 Raleigh Detour Deluxe commuter bicycle worth over $800! Claudia was presented with her new bike by (from left to right) Dan Deagan (owner of Deagan's Kitchen & Bar in Lakewood), Sean Burkey (Midwest Rep for Raleigh Bicycles in Seattle), and Scott Cowan (owner of Century Cycles). 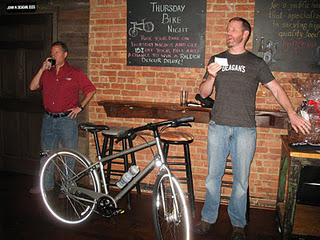 Above, Scott Cowan and Dan Deagan prepare to announce the winner of the 2011 Raleigh Detour Deluxe bicycle. 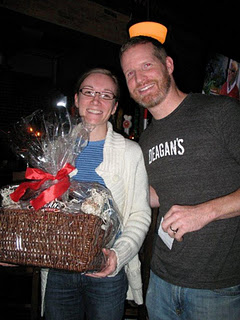 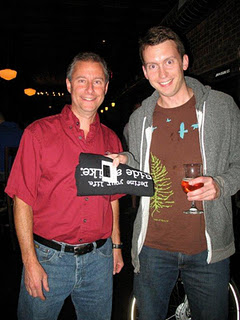 Jim Fuduric (above, right) winner of a Century Cycles t-shirt and gift card. 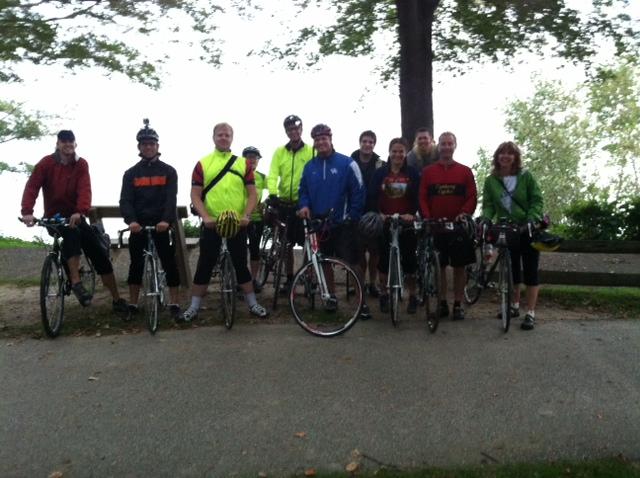 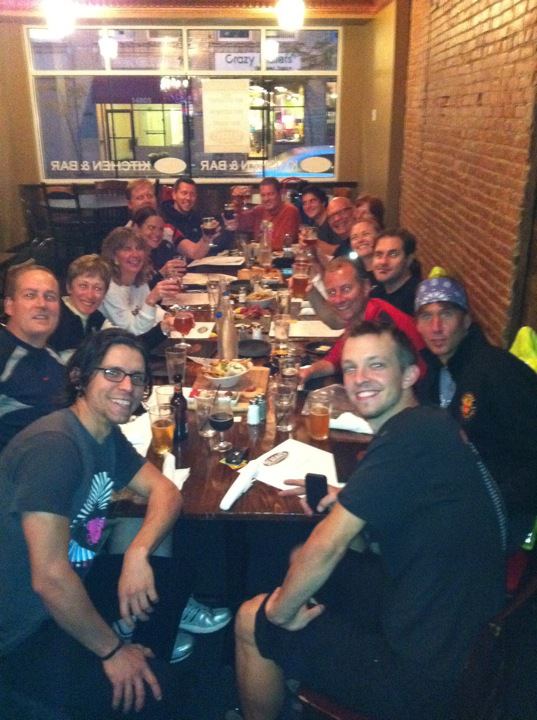 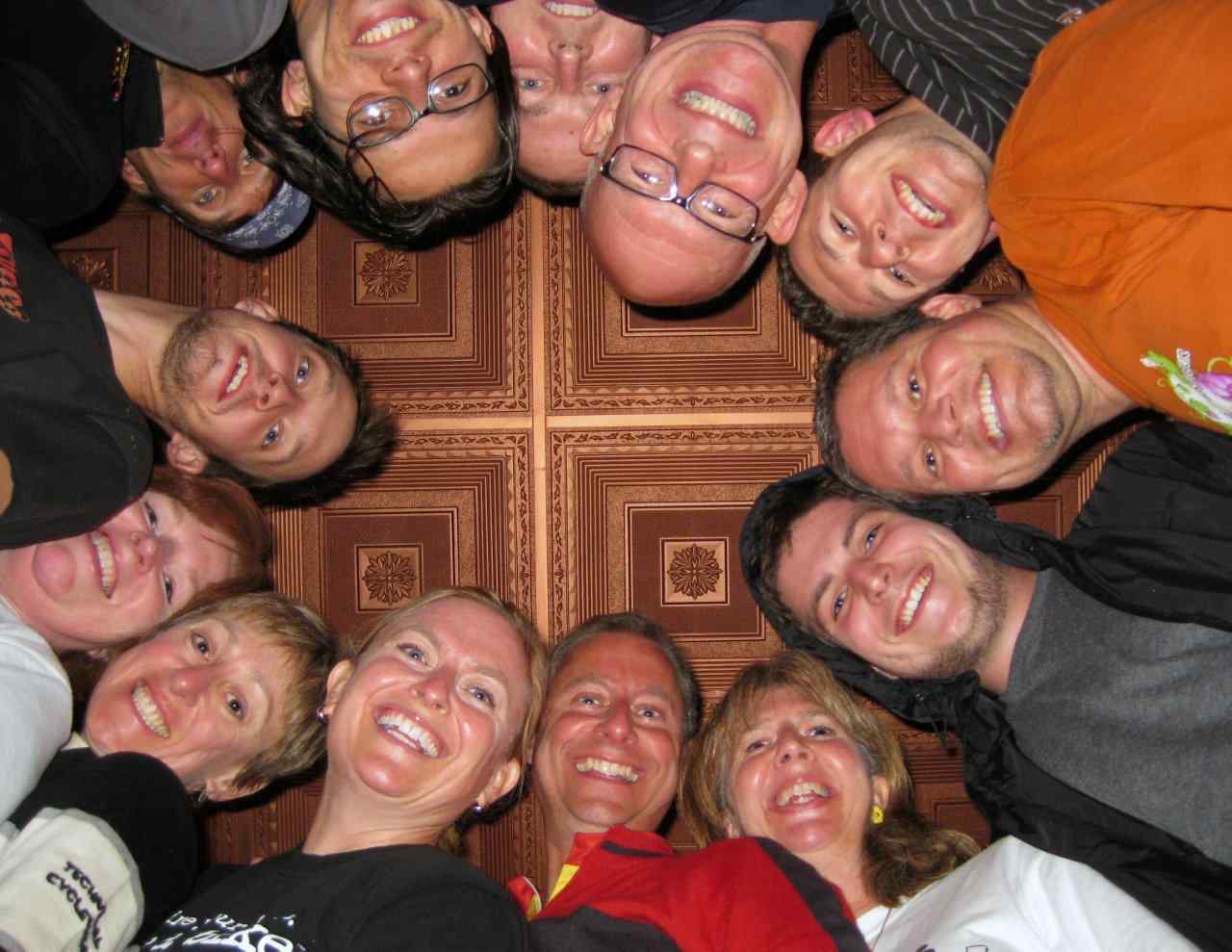