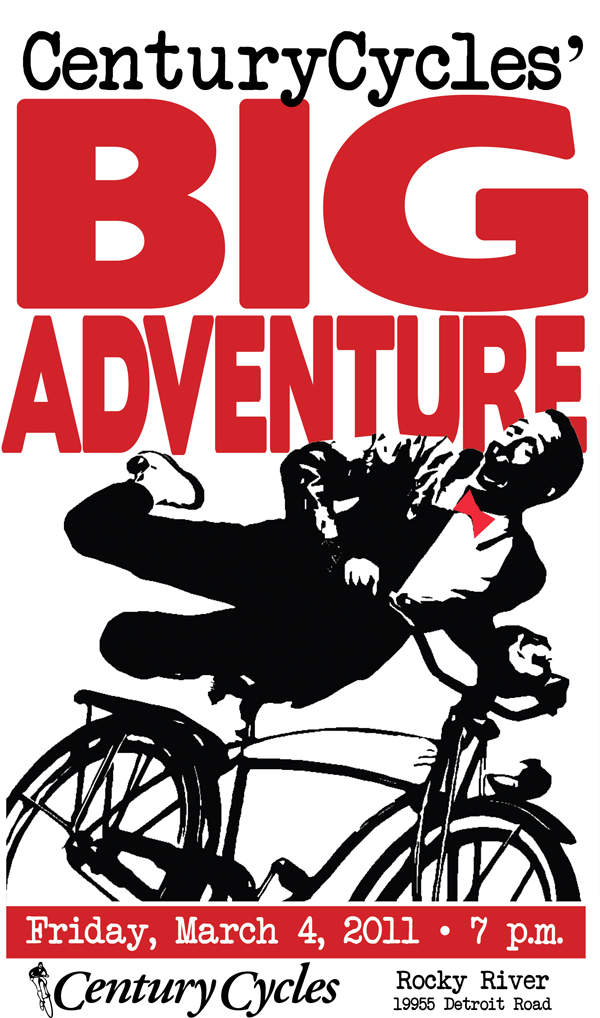 Century Cycles' kicked off the bicycling season in Northeast Ohio with our FREE annual spring party! This year, we celebrated "Pee-Wee's Big Adventure" - the most funny and wonderfully weird tribute ever made to owning a bike.

Besides hanging out with a bunch of folks who are also very grateful for the arrival of prime bicycling weather, guests came to the party to:

See below for pictures from the event (thanks to Doug, Kevin, and Petch).

Bicycling Magazine has dubbed it “the greatest cycling movie ever made.” They said: “While other [bicycling movies] celebrate cycling as a sport or use it as a metaphor for broader lessons, ‘Pee-Wee’s Big Adventure’ is simply the most loving movie tribute ever made to owning a bike. We’re not talking about breezy ‘I love my bike’ love. We’re talking deep, obsessive, freaky, alarming-to-friends-and-pets bike love.”

“Pee-Wee’s Big Adventure” debuted in theaters in 1985 and celebrated its 25th anniversary in 2010. The adventure comedy was directed by Tim Burton and stars Paul Reubens as Pee-Wee Herman. It tells the story of Pee-Wee Herman embarking on a nationwide adventure in search of his stolen bicycle.