The Bike MS Buckeye Breakaway (formerly Pedal to the Point) is a two-day bicycle ride from Berea to Sandusky, Ohio with different one-day and two-day mileage options for riders of all experience levels. The fundraiser event is organized by and benefits the local Ohio Buckeye Chapter of the National Multiple Sclerosis Society.

For over 25 years, Century Cycles has been proud to be an Official Event Bike Shop for our local Bike MS ride! We provide mechanical support at one of the rest stops on the route and have many staff members who participate personally in the event.

Century Cycles formed our first shop team for BikeMS in 2014. In 2015, we stepped it up a notch and joined forces with the Left Hand Brewing Company of Longmont, Colorado to form Team Left Hand/Century Cycles. We were the TOP fund-raising team for the 2015 and 2016 events, second-place for 2017! We were the TOP fund-raising team once again in 2018 through 2022, and we'll be BACK in 2023!

Now in their 15th year of riding, Team Left Hand consists of riders from across the U.S. who volunteer their time and effort to help the National MS Society fund research, advocate for change, and help people living with MS.

If you're not able to help by riding or volunteering, you can make a donation to support the fund-raising efforts of Team Left Hand / Century Cycles. Click on the following link to donate:

Round Up for MS! 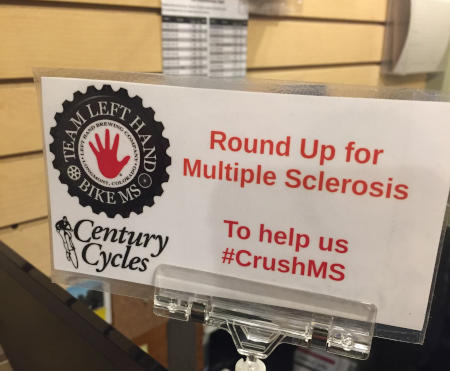 You can help us in the fight against Multiple Sclerosis every time you shop in one of our three stores! Just say "Yes!" when we ask if you'd like to "Round Up for MS." We'll round your total purchase up to the next nearest dollar amount, and proceeds from all of these donations will go towards our team fundraising goal. Every little bit of your spare change helps; in 2022, your Round Up for MS donations totaled over $475!

Joining our team requires an extra step before the regular process of registering on the Bike MS web site. You must pay a $65 fee to join (this helps cover the cost of your team jersey and other team benefits).

Want to help, but you're not able to ride? We need lots of volunteers! Just click go to www.teamlefthand.com/ohio and click on the Volunteer menu on the left! 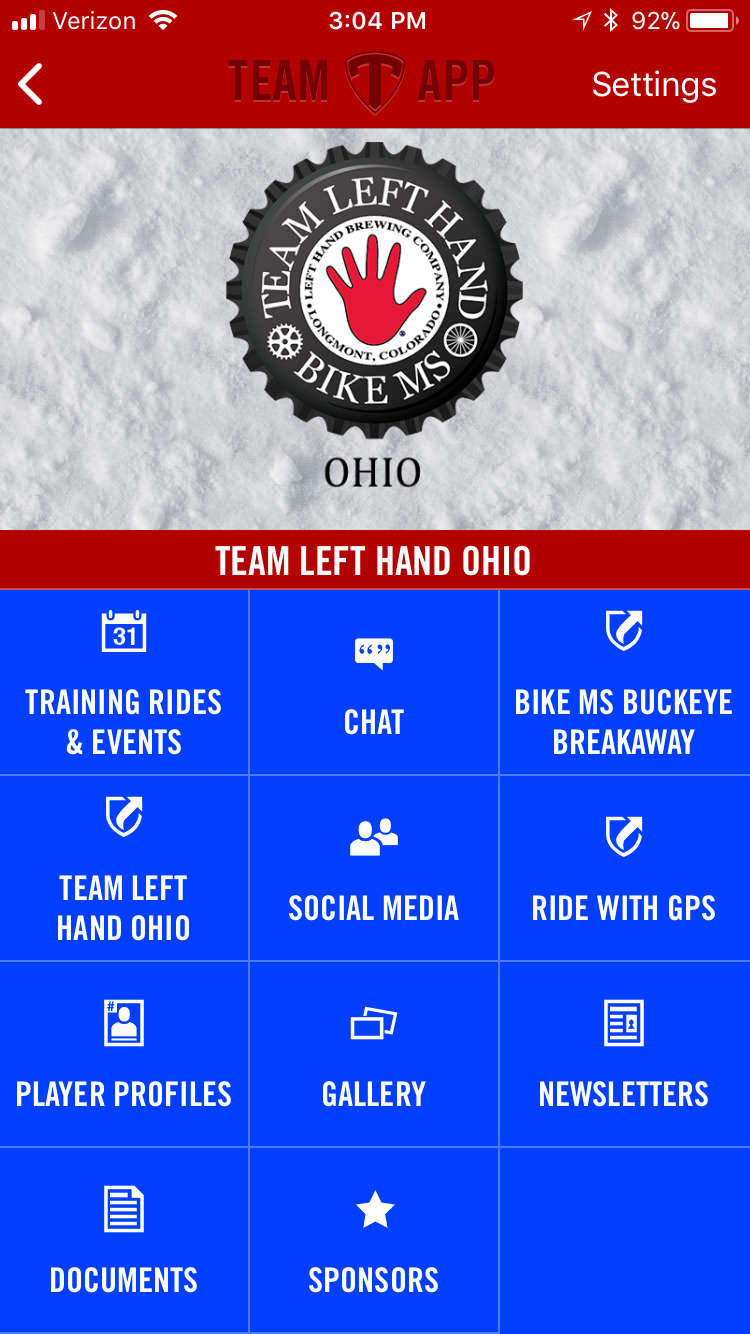 Stay in touch with TeamApp

Once you are a member of Team Left Hand/Century Cycles, create an account on TeamApp to get all the latest updates on team events, training rides, and other important news. To access TeamApp:

Photos from past Bike MS rides and events

Permalink for this page: www.centurycycles.com/for/BikeMS