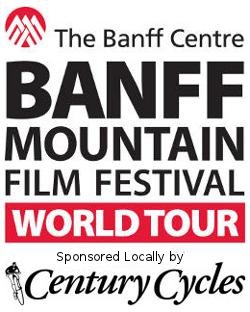 Century Cycles is proud to be the exclusive local bicycle store sponsor of the Banff Mountain Film Festival Word Tour in Cleveland for 2012! The tour made a stop in Northeast Ohio for the 15th time!

When: (different films each evening; see below for lists)

The reception on both evenings featured exhibits by Century Cycles and other organizations of interest to outdoor enthusiasts, plus door prizes!

Film Synopsis: Josh Dueck was an aspiring skier and coach until a ski accident in 2004 changed his life for good. Despite his comeback and success in the world of competitive sit-skiing, he wasn't content. Josh's dream is to tackle the backcountry and the steepest and wildest mountains in the world – and with his infectious outlook, he may just catch his dream. 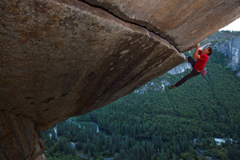 Film Synopsis: A brief portrait of a passionate athlete who has melded climbing and photography. Jimmy Chin believes that “the most honest photos happen when both the subject and the photographer are just in the moment, and the rest of the world has just fallen away.”

Photo from the film On Assignment: Jimmy Chin © 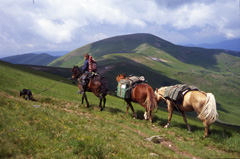 Film Synopsis: On an epic journey of truly historic proportions, Australian Tim Cope, his band of horses, and his dog Tigon travel overland 10,000 km from Mongolia to Hungary, following the footsteps of legendary warrior and nomad Genghis Khan. The Last Frontier captures the culmination of his stunning three-year journey, the crossing of the Carpathian Mountains. Photo from the film On the Trail of Genghis Kahn.

Film Synopsis: The beautiful and ever-changing icefalls of Alaskan glaciers provide a stunning setting for some unusual ice climbing adventures.

Film Synopsis: Two Nepali adventurers channel the Hindu God of Wind on their mission to launch a paraglider from Mount Everest’s summit and travel to an ocean they have never seen.

Film Synopsis: What does it take to be a ski bum? An unending dedication to powder skiing? The ability to do anything in your ski boots? A lifelong quest for deep snow? Find out with this unusual and inspiring band of skiers in the Kootenay region of British Columbia.

Film Synopsis: American climbing dirtbag Andy Lewis is taking the discipline of slacklining into the future as he solos the world’s longest high-lines and masters the hardest aerial ricks, while pushing his equipment to the limit. As Andy goes higher, harder, and faster with climbing, slack, and B.A.S.E., we all wonder how far he can go before it’ll be one step over the line.

Film Synopsis: Stunning time-lapse sequences, creative visuals, great skiers, and deep powder are highlights of this excerpt from the award-winning feature film that looks at snow sports and the environment.

Film Synopsis: A caveman discovers skiing, thanks to his new friendship with a woolly mammoth. 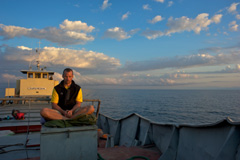 Film Synopsis: “Kadoma” is the nickname for Hendri Coetzee, a legendary South African kayaker who is known for exploring some of Africa’s wildest rivers. In December 2010, American pro kayakers Chris Korbulic and Ben Stookesbury followed Coetzee into the Democratic Republic of Congo for a first descent of the dangerous Lukuga River. Seven weeks into the expedition, tragedy struck.

Photo from the film Kadoma©

Film Synopsis: A young married couple with a passion for adventure turn their camera on themselves, even in their weakest moments, as they attempt to walk, paddle and ski under their own power from Seattle to the Aleutians. Filmed over the period of a grueling year, this film reveals the rugged beauty of the wild northwest coast of North America – and the true meaning of intrepid. 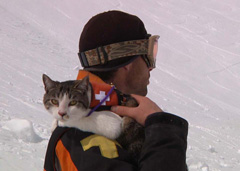 Film Synopsis: One man's quest to revolutionize the world of animal avalanche rescue. Photo from the film C.A.R.C.A.

Film Synopsis: Pete McBride grew up on a ranch in Western Colorado, a child of the Colorado River. After a life spent visiting other countries to tell stories as a National Geographic photojournalist, in 2008 Pete decided to follow the water from his family’s ranch to see where it ends up. This is the story of Pete’s journey, and a story about the lifeblood of the American West. 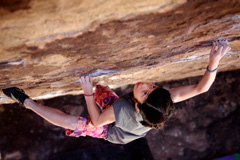 City taking the bouldering world by storm, and her name is Ashima Shiraishi. Guided by her coach and former bouldering star Obe Carrion, this tiny master is crushing competitions and raising the bar for her peers. A trip to the bouldering mecca of Hueco Tanks provides a glimpse of the past for Obe and the start of amazing new adventures for Ashima.

Film selections are subject to change 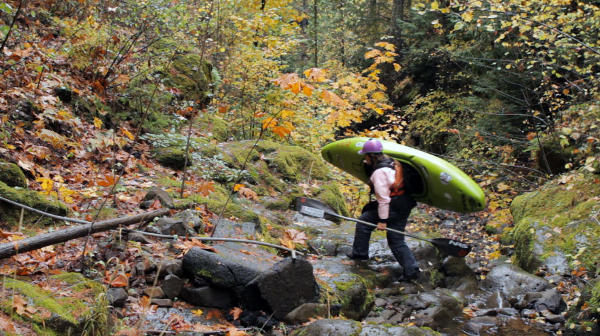 Click here for photos and information from the 2011 Banff Mountain Film Festival World Tour in Cleveland.