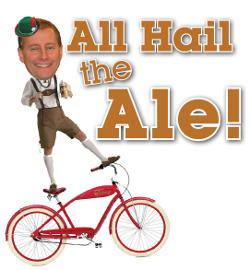 Century Cycles held our 5th annual celebration of bicycles and beer with our "All Hail the Ale" Night Ride on the Towpath Trail on August 23!

The ride will began at 8:00pm from the parking lot of our store in Peninsula (1621 Main Street). We didour usual ride at a casual pace (not a race) for about 14 miles on the Ohio & Erie Canal Towpath Trail.

Riders enjoyed Oktoberfest-style snacks at the ride turn-around point - pretzels, peanuts, and other salty delicacies - to fuel our ride back to The Winking Lizard and making us REALLY thirsty for some good beer! 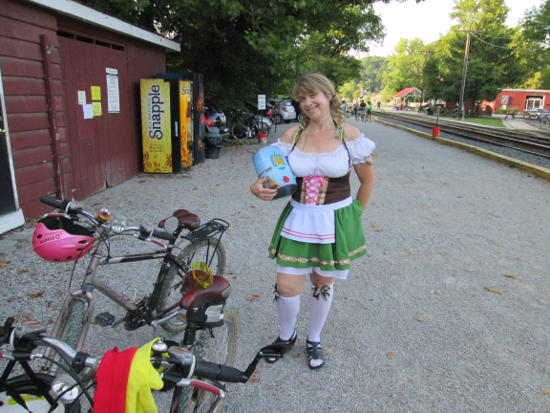 Many of the over 140 participants decorated themselves or their bikes in tribute to the event theme "All Hail the Ale!" The winner of the grand prize of a $25 Century Cycles Gift Card for the best costume was Jennifer (at right). Congratulations!

After the ride, Sierra Nevada Brewing Company provided these exclusive tappings at The Winking Lizard Tavern next door: