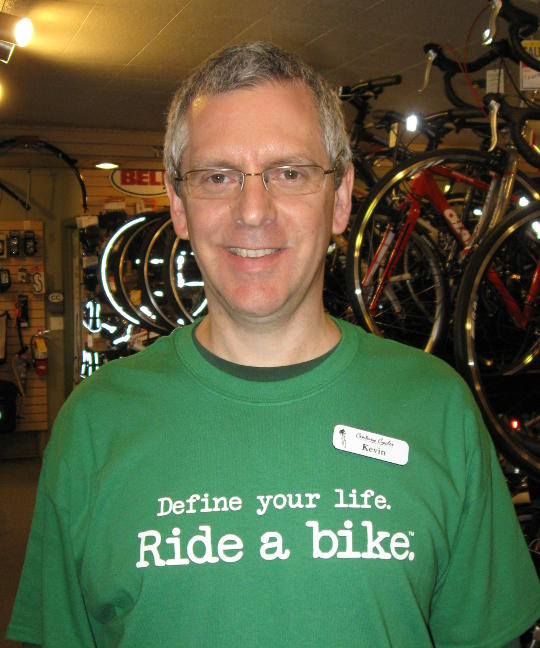 Kevin is Century Cycles' Webmaster and IT guy, based in the Peninsula store. He enjoys all kinds of cycling, from road rides and overnight tours to off-road adventures. From his (former) neighborhood in Twinsburg, it's easy to get to many picturesque and relatively traffic-free roads in rural Portage and Geauga Counties. The Twinsburg-Garrettsville Loop is one of his favorite routes. The ride also goes through the cities of Aurora and Hiram, and crosses the Upper Cuyahoga River twice, so be forewarned: There Will Be Hills. The 50-mile loop makes for great early-to-mid-season training for TOSRV, Bike MS Pedal to the Point, or your first century.

The rides starts with a flat, easy spin of about 1-1/4 miles on the paved bike-hike trail in Twinsburg's Center Valley Park. The trail starts adjacent to Dodge Intermediate School on Ravenna Road, where you'll find plenty of parking. If you're driving to the area, just take I-480 to the Broadway Ave/Forbes Rd exit, and go east on Broadway Avenue. At the Twinsburg city limits, the road becomes Ravenna Road, and Dodge Intermediate School is about 2-1/2 miles from there on the left.

At the end of the trail, turn right onto Glenwood Drive, and you'll get your first taste of the hills to come with a 3/4 mile climb up to State Route 91. Continue straight as Glenwood Drive flattens out, and you go through the Ethan's Green neighborhood, then turn into the Aurora Shores neighborhood, where you'll be treated to views of Aurora Lake.

Once you make your way through Aurora, you'll be on the main stretch of the ride, a quiet and gently rolling (and sometimes not-so-gently rolling) road called Pioneer Trail. This takes you all the way to just outside Garrettsville, where you'll take State Route 82 (with a bike lane most of the way) into town. 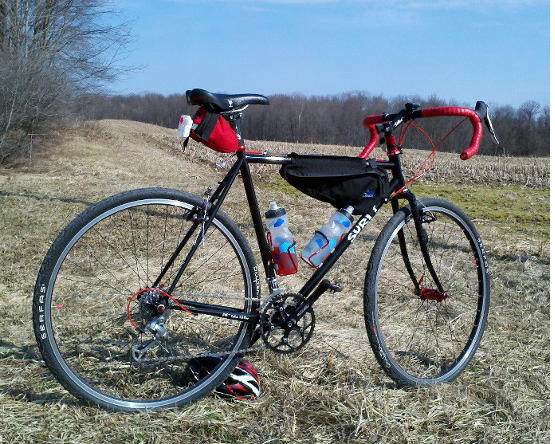 There are several re-fueling options in downtown Garrettsville. If you're just looking to pop in for a quick snack or water/sports drink refill, there's a gas station or drug store right on the main square. Want to sit down for a hearty diner meal? Stop in Miller's Family Restaurant on your left (Kevin recommends the pancakes). Stroll around Main Street for several more restaurant options.

You'll head out of town north on State Route 88, then make a left to head back towards Hiram. Cut up on Alpha Road, then head west back towards Aurora on Winchell Road, then turn and make a figure-eight on Chamberlin Road, then continue back to Twinsburg.