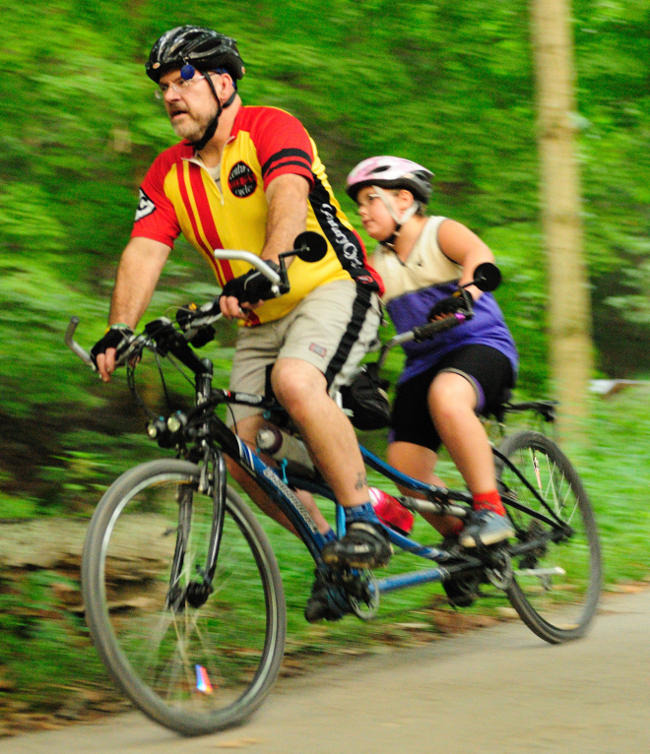 Don is the Service Manager at our Medina store. He enjoys all types of cycling, including fast road rides and races. The Twin Sizzler has been a July 4th tradition in Medina since 1975. It's a 5k running race followed by a 27-mile bike race (you can do one or the other or both).

Don raced the Twin Sizzler for the first time in 1980. He says there weren't nearly as many racers back then as there are today; everyone who entered started the race at the same time. Nowadays, the bike racers start in waves according to age group.

The race organizers have re-routed the course for 2012 to provide a safer bypass to the deteriorating surface of Smith Road.

The starting line remains on South Court Street, right next to Public Square in downtown Medina. Racers head straight south on State Route 3, and then make a hard right onto Wedgewood Road.

The first significant climb appears just after another hard right onto Kennard Road. Look for the race leaders to make their first move here to try to put some distance between themselves and the rest of the pack. Another major climbs occurs on the new section of the course, on West Liberty Street about 4 miles before the finish line, just in time for one last chance to separate the men from the boys (and the women from the girls). There's a total of 538 feet of elevation gain throughout the entire course.

During the race, some turns are patrolled by volunteers, but traffic may be encountered on the route. Of course, if you're pre-riding the race course to get the lay of the land and strategize, you need to be comfortable with sharing the road with normal traffic and following the rules of the road.

Even if you're not into racing, this 27-mile loop is a nice tour of some back roads near downtown Medina and rural Medina County. Stop in Marie's Cafe for your pre-ride breakfast, or Cool Beans Cafe for a post-ride snack. Both are conveniently located right near the start/finish on Public Square. 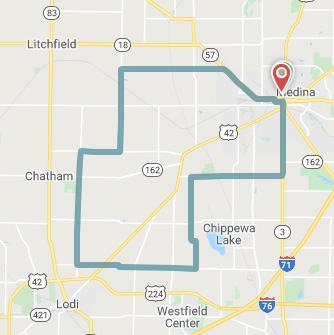