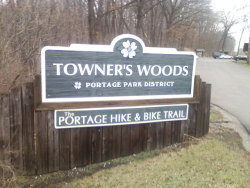 The Portage Hike & Bike Trail, part of the Portage Park District, is a paved rail-trail that connects the cities of Kent and Ravenna, and the Kent State University community, in addition to connecting to other existing trails in neighboring areas in Portage County and beyond.

Downtown Kent acts as a "hub" for the Portage Hike & Bike Trail network. The main trail extends east and passes near downtown Ravenna, then continues until it dead-ends at Peck Road. There are plans to eventually extend this trail all the way to West Branch State Park. 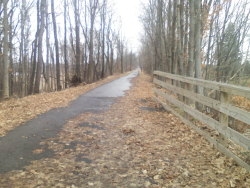 Another short section of trail called the Franklin Connector is located in Franklin Township northwest of downtown Kent. There is a parking area at the intersection of Hudson Rd and Judson Rd. The paved trail goes west from here, and connects to the Summit Metro Parks Bike & Hike Trail at the county line near Spell Road.