As appeared in The Cleveland Plain Dealer on April 24, 2006: 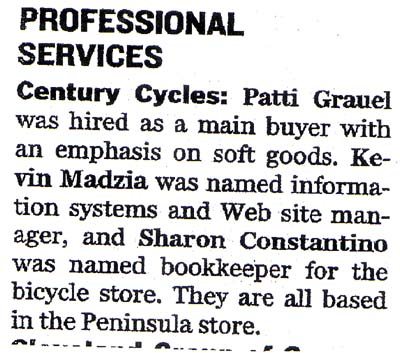 Century Cycles: Patti Grauel as hired as a main buyer with an emphasis on soft goods. Kevin Madzia was named information systems and Web site manager, and Sharon Constantino was named bookkeeper for the bicycle store. They are all based in the Peninsula store.