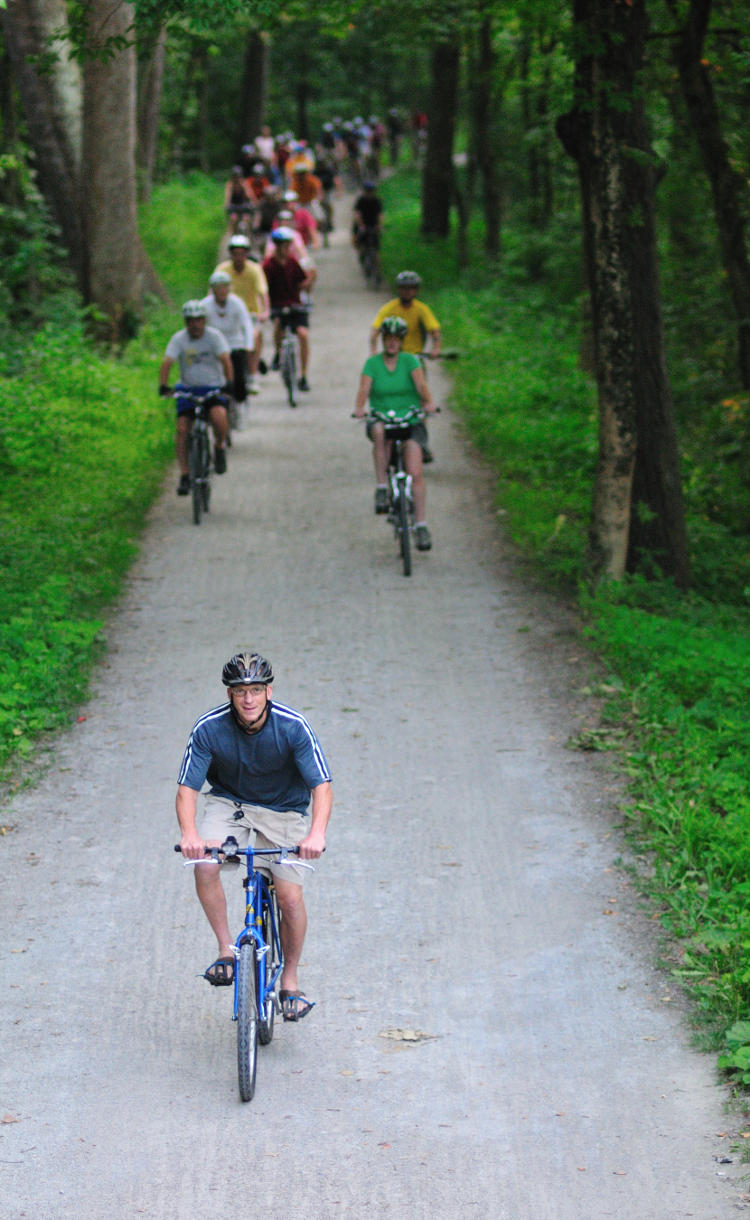 The Ohio & Erie Canal Towpath Trail (or just "The Towpath" for short) is the crown jewel of Northeast Ohio's bicycling network. It's a biking and hiking trail that runs north and south, generally following the path of the former Ohio & Erie Canal. The canal boats were towed by mules along a trail adjacent to the canal, thus the name "towpath." The route of Towpath Trail closely parallels the Cuyahoga River from Akron north to Cleveland, and the Tuscarawas River south of Akron.

The surface of the Towpath is smooth crushed limestone, with occasional paved sections. The terrain is mostly flat and suitable for children and adults of all abilities.

The Towpath Trail is used in many ways; for some, it's their superhighway to commute to work or school by bike. You can take a short ride with your kids, get away for a few hours, or even take an overnight adventure.

The Towpath passes through a variety of wooded environments and urban neighborhoods, with scenic natural beauty and historic and cultural landmarks. There are numerous trailheads that provide parking and access to the trail.

Passing through four of Northeast Ohio's counties and numerous park jurisdictions, the Towpath Trail stretches for almost 100 miles from Cleveland to Dover, with the eventual goal of a complete off-road route reaching New Philadelphia some day. See below for an overview of each county's section.

Detours, Closures, and other Alerts

We make every effort to make our customers aware of construction and other activities that may affect their travel on our area's trails, but the best source of information is from the local park organizations themselves: 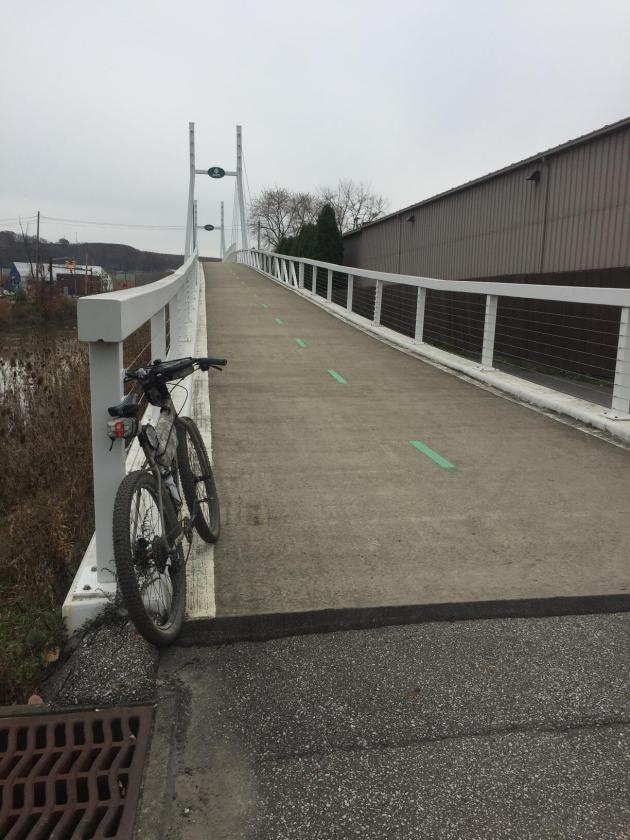 As of 2022, work is complete to connect the trail all the way from its northern end at Canal Basin park, through The Flats area of Cleveland, the Tremont neighborhood, past the Steelyard Commons shopping plaza, along Jennings Road, and finally to Harvard Road.

Traveling south from Harvard Road, the Towpath follows a paved route through the Cleveland Metroparks Ohio & Erie Canal Reservation. You can stop along the way to view exhibits highlighting the area's industrial history, go fishing in the canal, and even take a detour to ride a few laps on the OECR Mountain Bike Trail. You'll cross over two majestic suspension bridges at Warner Road and Granger Road in Valley View. At Lock 39 south of Rockside Road near Independence, the Towpath enters the Cuyahoga Valley National Park, and the surface becomes crushed limestone. Here, you'll also find the Rockside Station of the Cuyahoga Valley Scenic Railroad, the northernmost point the train travels. A couple miles further south, the trail enters Summit County. 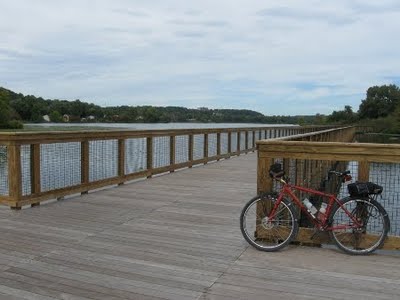 The Summit County section of the Towpath Trail was the first to be entirely completed within a county, with the 2012 opening of a stretch in the Barberton area. In the northern area, the trail continues through the Cuyahoga Valley National Park, and through the village of Peninsula. In Peninsula, you'll find our store, plus you can get a bite to eat at The Winking Lizard Tavern or shop for park souvenirs and locally hand-crafted art and jewelry at the Trail Mix store. About three-and-a-half miles south, stop at Szalay's Farm Market for an ear of sweet corn or other fresh produce. South of the Botzum Trailhead, you leave the National Park and enter the Summit Metro Parks. As the trail runs next to Merriman Road, you'll find plenty of food and drink options (our favorites are the Valley Cafe and R. Shea Brewing Company). Through the city of Akron, the trail is mostly paved. For about one-half mile through the Cascade Locks area, there is the only significant uphill section as you approach downtown Akron. Just south of downtown, the trail follows the unique floating bridges over Summit Lake. The crushed limestone surface returns near Barberton, then more pavement near the village of Clinton. 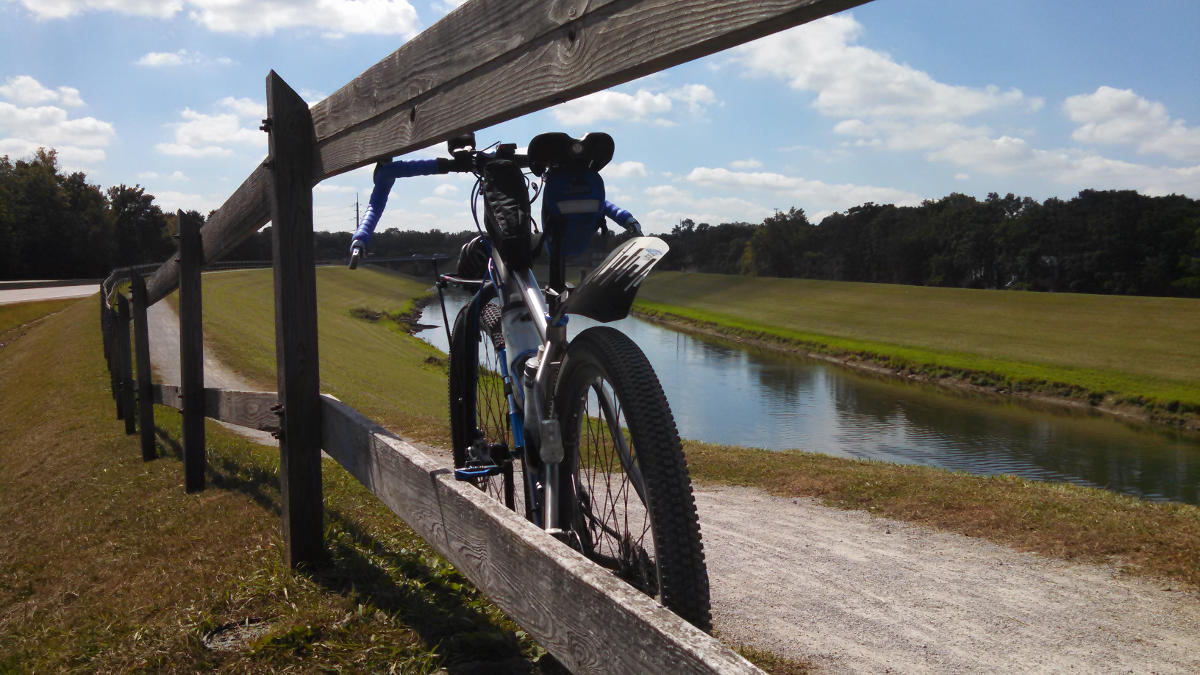 The Towpath crosses into Stark County just south of the village of Clinton. It passes through the cities of Canal Fulton and Massillon, both of which have many food and drink options available, including ice cream at the Cherry Street Creamery right on the trail. Just before downtown Massillon, the trail runs along the top of a raised dyke that separates State Route 21 from the Tuscarawas River. There is a brief but well-marked on-street section through downtown Massillon. There are some brief pavement sections south of Massillon, but this area also contains some of the roughest parts of the trail, with some brief parts of gravel and hard-packed dirt. 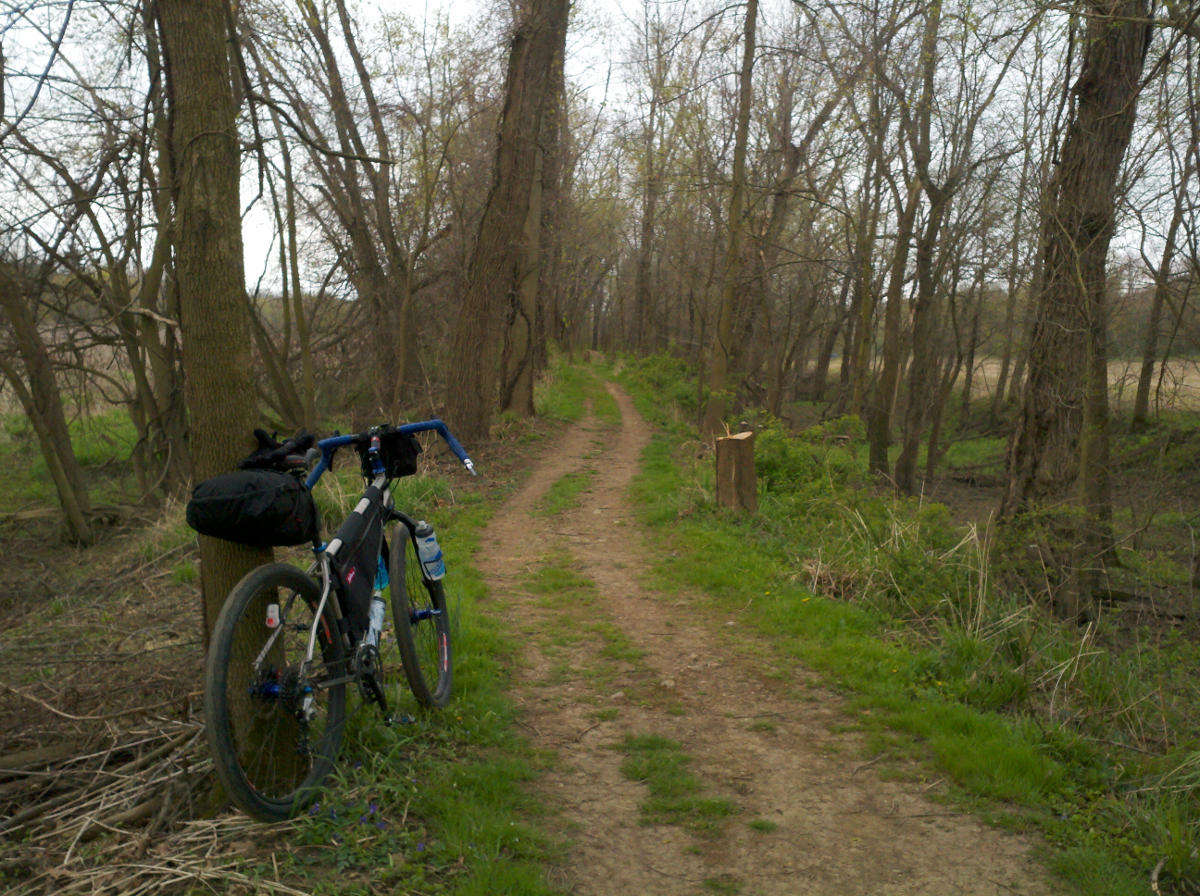 The Towpath Trail leaves Stark County and enters Tuscarawas County between the villages of Navarre and Bolivar. The dedicated trail ends in a residential area in Bolivar. Follow the signs for the on-street route through the village. Continue to follow the signs to Fort Laurens State Memorial and Museum, and then pick up the trail again from the back of the parking lot. The trail follows a bridge over Interstate 77, and then a few miles of fairly rough dirt doubletrack before it dead ends again at State Route 800. Turn left on Route 800, then take the next right over the restored steel truss Zoarville Station Bridge, then turn right onto the Zoar Valley Trail. This trail ends about 4 miles later at State Route 416 outside of Dover and New Philadelphia.

A Note About Mile Markers 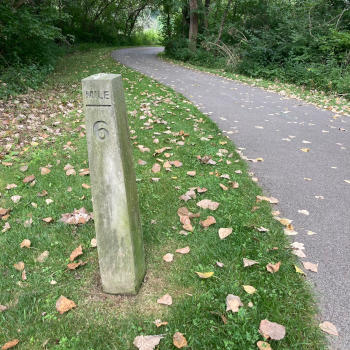 You may see these mile markers along the Towpath Trail. Please note that they are there for historical purposes only. In most cases, they do not represent the actual mileage on the present-day trail. Moreover, back in the days when the canal was active, the mileage markers were measured in nautical miles (1 nautical mile = 1.15078 land miles). 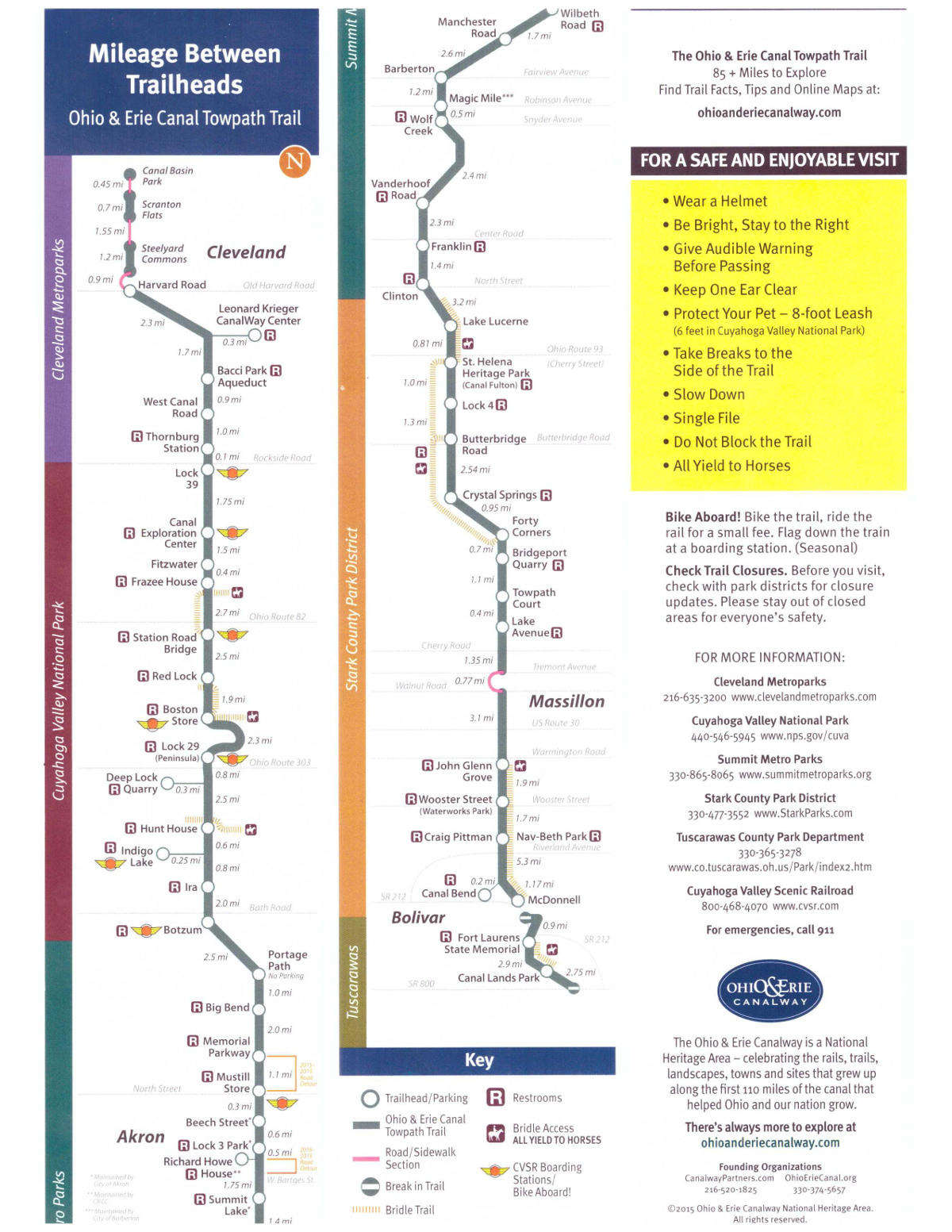