From the Business News section of the March 11, 2009 edition of the Hudson Hub-Times: 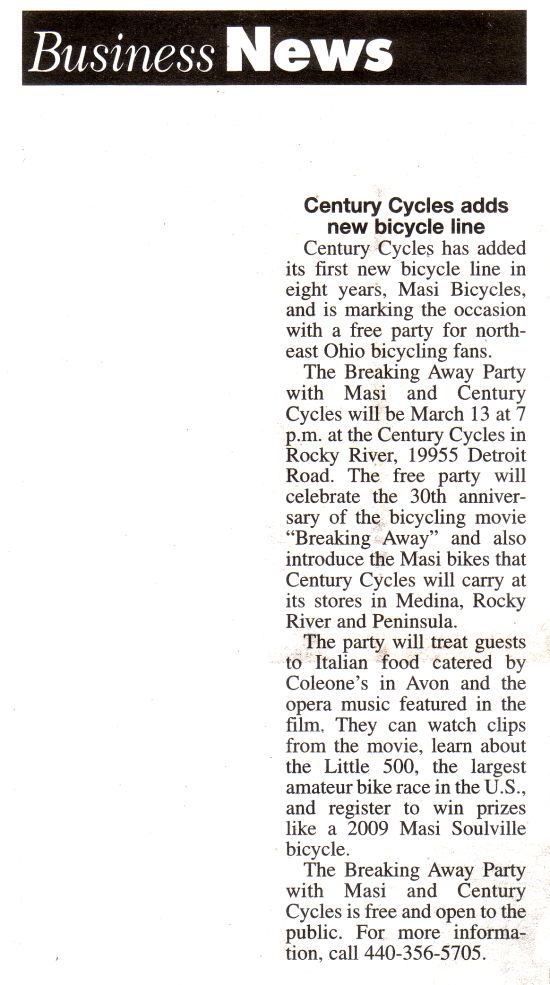 Century Cycles has added its first new bicycle lin in eight years, Masi Bicycles, and is marking the occasion with a free party for northeast Ohio bicycling fans.

The party will treat guests to Italian food catered by Coleone's in Avon and the opera music featured in the film. They can watch clips from the movie, learn about the Little 500, the largest amateur bike race in the U.S., and register to win prizes like a 2009 Masi Soulville bicycle.

The Breaking Away Party with Masi and Century Cycles is free and open to the public. For more information, call 440-356-5705.