Century Cycles' owner Scott Cowan was quoted in the June 15, 2008 issue of Bicycle Retailer and Industry News in an article about how bike shops around the country host night rides for their customers:

"We have some people on mountain, some hybrids, some fixed gear--anything you want to ride," said Scott Cowan, owner of Century Cycles. "We get of lot of families that come out."

The first ride this spring attracted 96 riders, while last year they maxed out at 160. Either the night riding is really good, or it may have something to do with where they unwind from their ride. It just so happens that Century Cycles' neighbor is the famous Winking Lizard Tavern, with enough beer choices to satisfy any thirst. 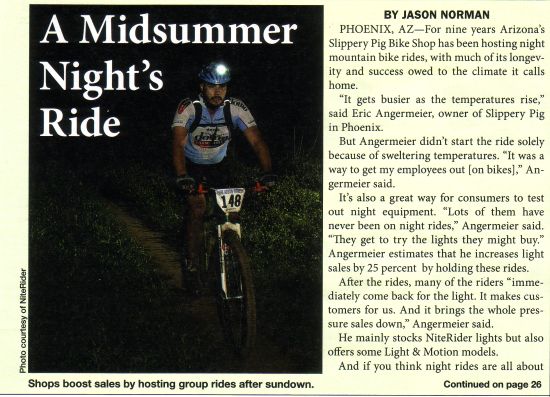 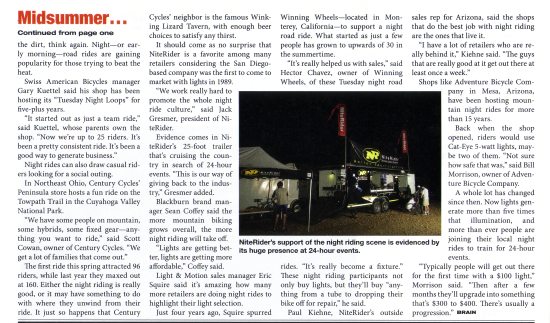