The October 2009 issue of Bicycling Magazine contained an article called "Commuter School" that described various programs around the country for promoting kids' bicycling and walking to school. Century Cycles owner Scott Cowan was quoted in relation to the 2008 Bay High Bike to School Month and the 2009 Bay Bike to School Challenge Sponsored by Century Cycles and Chipotle:

When students at Bay High School, in Bay Village, Ohio, organized their Bike to School Challenge in spring 2008, no one anticipated the response. "On the first day, 363 kids signed up and we were scrambling to keep up," says Scott Cowan, owner of Century Cycles in Ohio and the event's mastermind. "By the end of the three-week period, 550 students had participated." The program expanded this year [2009] to include the middle school; 960 students biked the first day. "We're effecting a cultural change," Cowan says.

You can read the entire article here on Bicycling.com. 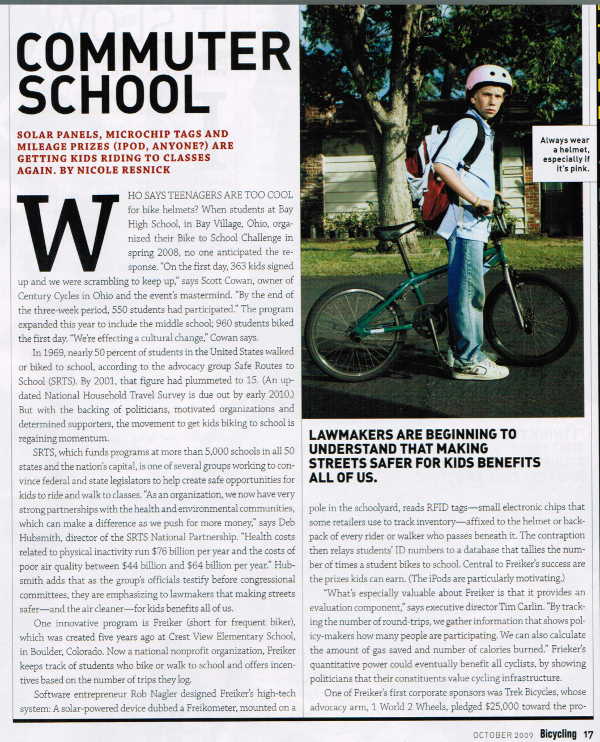