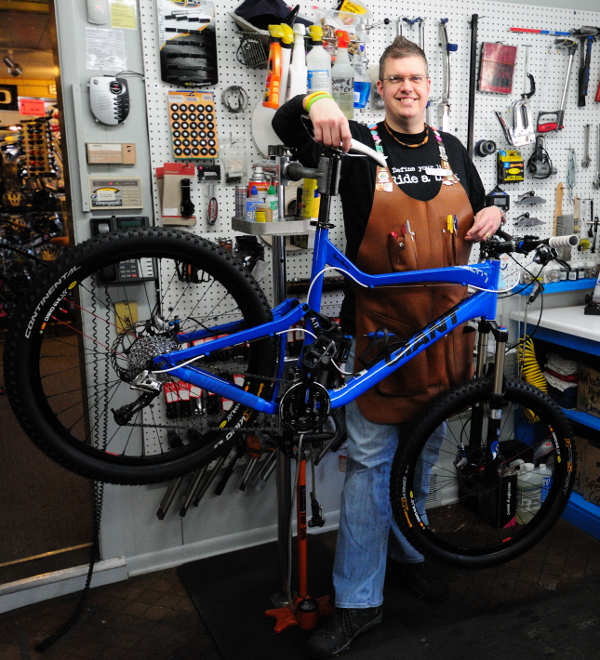 Rich Oettinger works at the Century Cycles store in Peninsula, and he bought his 2010 Giant Reign 1 mountain bike in February of 2010. He has made a few upgrades to the bike to suit his riding style, including building a custom tubeless wheelset, and swapping out the original triple crankset for a compact mountain double with a bash guard. Rich enjoys riding at Ray's Indoor Mountain Bike Park and at the Huffman/Reagan Park Trails in Medina.