Not pictured: Matt B, Steven 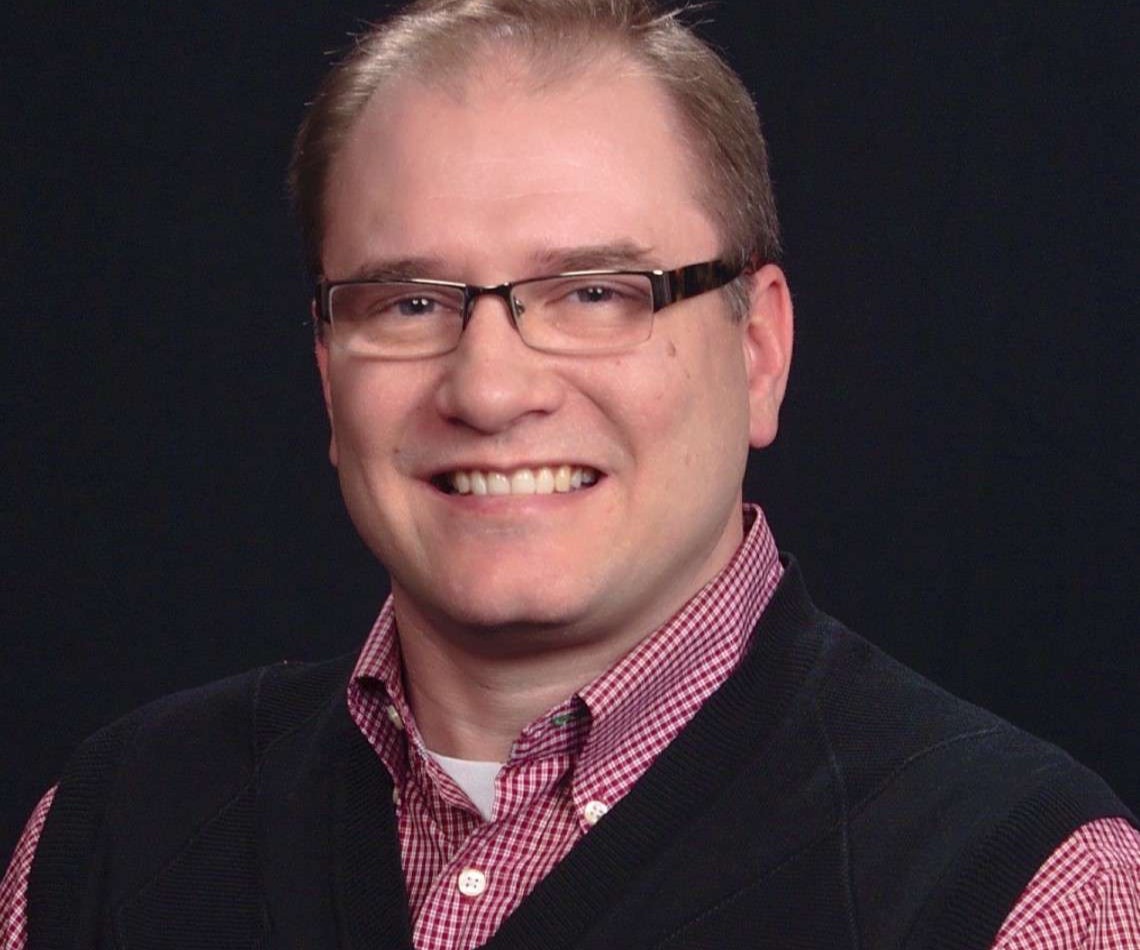 Scott Maloney has been a long-time customer of Century Cycles, and back in the day, even worked as an employee at the Rocky River store. Mr. Maloney started tinkering with bikes he pulled out of the trash when he was only 9 years old and got his first job as a bicycle mechanic at the age of 12. His interest in the world of cycling grew from there into 12 years of working for several bike dealers before moving to a career in banking out of college. 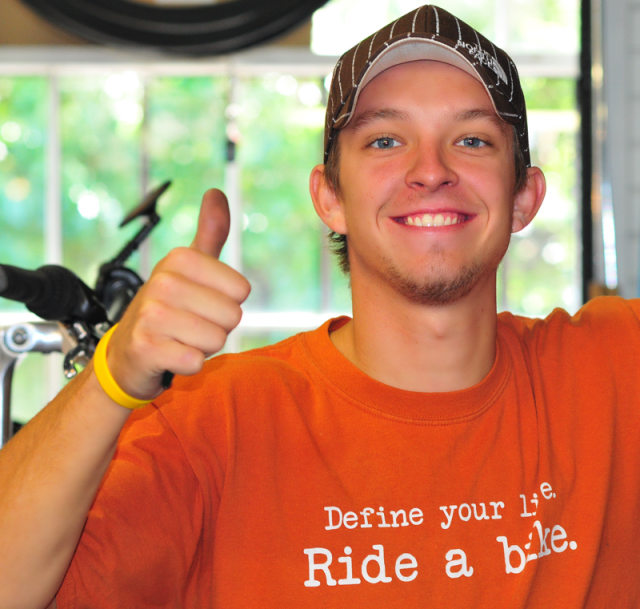 "You should go to Century Cycles this weekend! Bob Roll will be there!"

I can thank a few people for my start at Century Cycles in the spring of 2006. My brother, who had been into cycling for a while, suggested I attend Century Cycles' Spring Party because Bob Roll was going to be a guest speaker. Bob Roll was not a name I had ever heard of, and to be honest, I wasn’t aware that bike shops even existed a few months prior. I attended the party, helped clean up some chairs afterwards, and my interest was sparked. 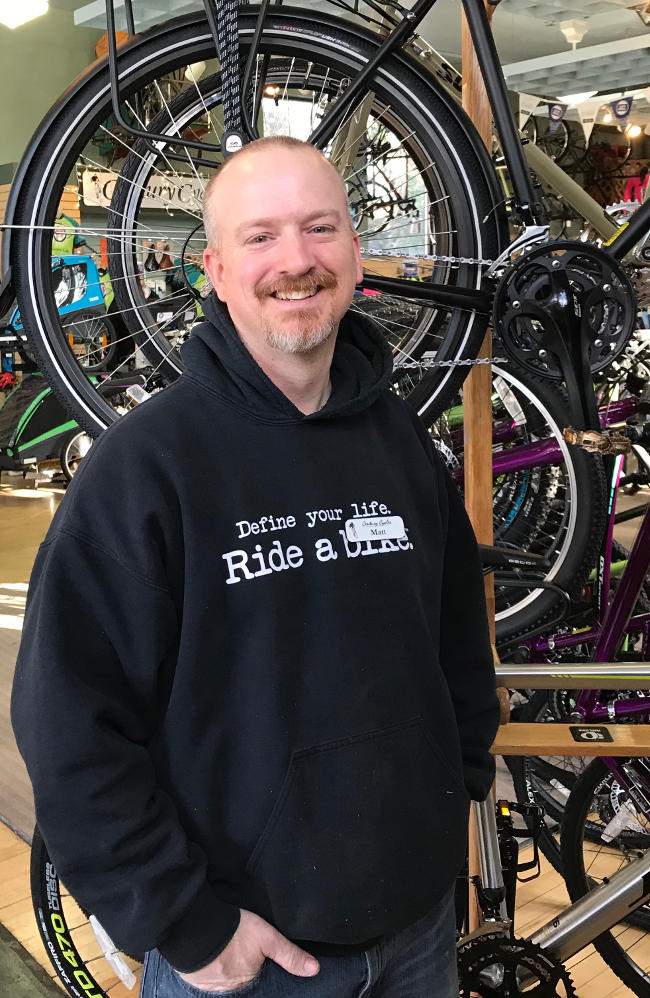 Learning how to ride a bike was not a priority when I was a kid. I had no use for a bike. I hated bikes, or at least I thought they hated me. I felt like Calvin from Calvin and Hobbes, convinced that my bike was trying to attack me. In fact, I didn't learn how to ride one until I was 9 years old. Six years later, I stumbled into my first job at a bike shop in Rocky River. I was hooked and bikes became a passion.

I spent about 10 years working for the previous two owners of the bike shop that would eventually become Century Cycles in Rocky River. I worked through high school, on breaks during college, full time after college, and any other possible way a job could be classified. In 1998 I joined Century Cycles. Although the joke is that I came with the building, there's some truth to that! Even while I had full-time corporate jobs over the years, Scott allowed me to keep my fingers in the industry and work on the weekends. 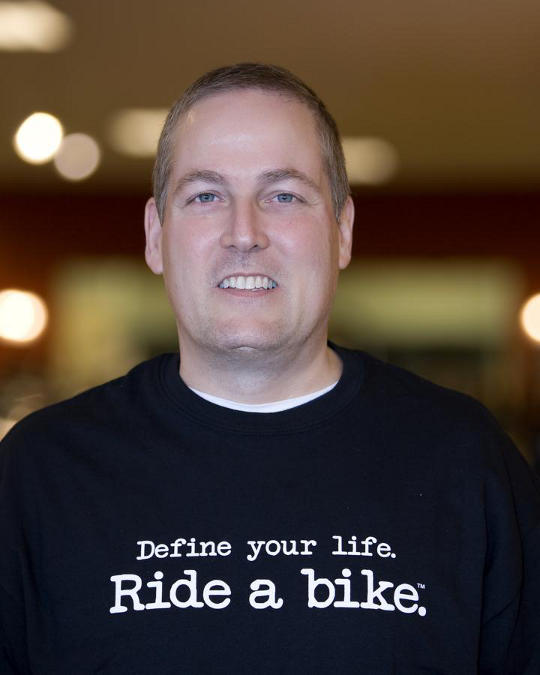 Hi, my name is Ken. I've been with Century Cycles in Rocky River since July of 1998. I still wish I had my Schwinn Stingray that my folks bought for me back in 1968, but I've been quite happy with the bikes I've had since then. When I'm not at work, you can find me either in the woods, listening to music, hanging with friends and family, practicing yoga, or learning to play bass and guitar. 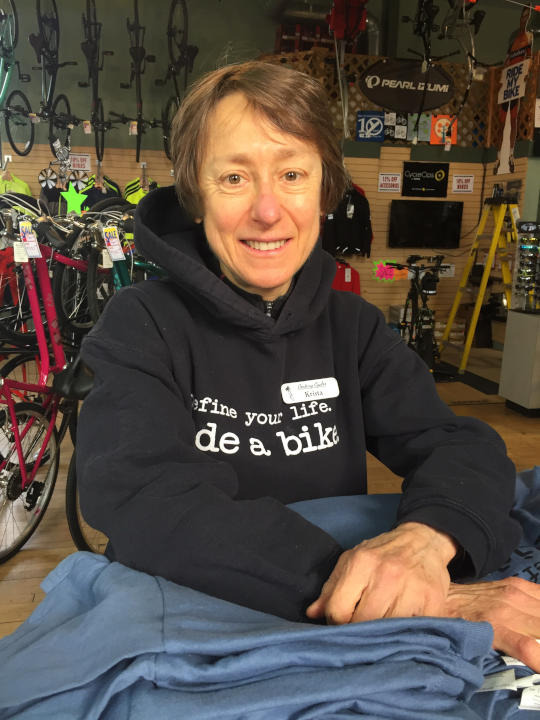 Krista is usually trying to get out the door to do a long bike ride in the Ohio countryside with friends. On her day off from working the sales floor, she’s got plans. She's a veteran of many long-distance bike tours, such as coast-to-coast across the US, the Route 66 Bicycle Route from Chicago to Santa Monica, and many more. The Cleveland resident is also the wife of a city police detective. 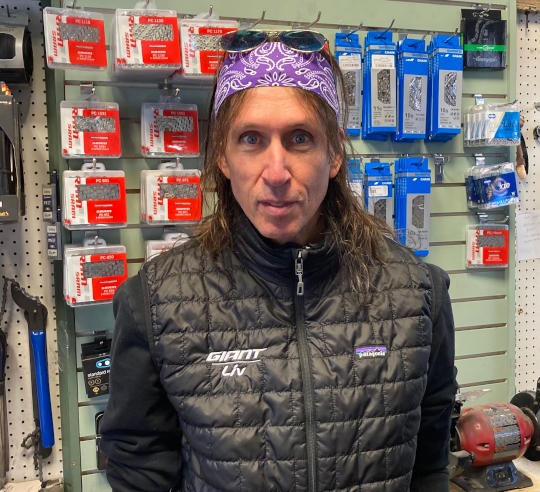 I love everything having to do with reggae music, Rastafarian culture, Nyabinghi drumming, yoga, meditation, Buddhism, and biking. I love working with bikes, and riding for me is just another form of meditation. Every ride is another opportunity to breathe mindfully, and give thanks for life and health. Peace. 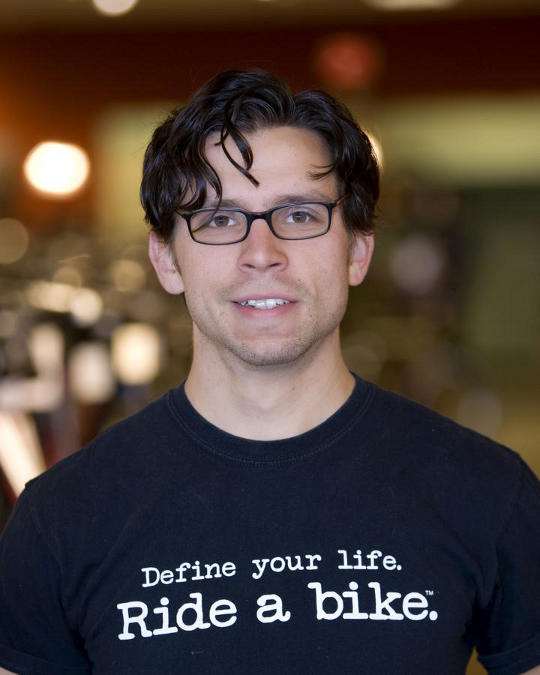 I Live in the City of: Lakewood

My Riding Style in One Word: Dodgy (MTB)

If I Weren't Living the Dream by Working in a Bike Shop, I'd Be Working as a: Rock Star 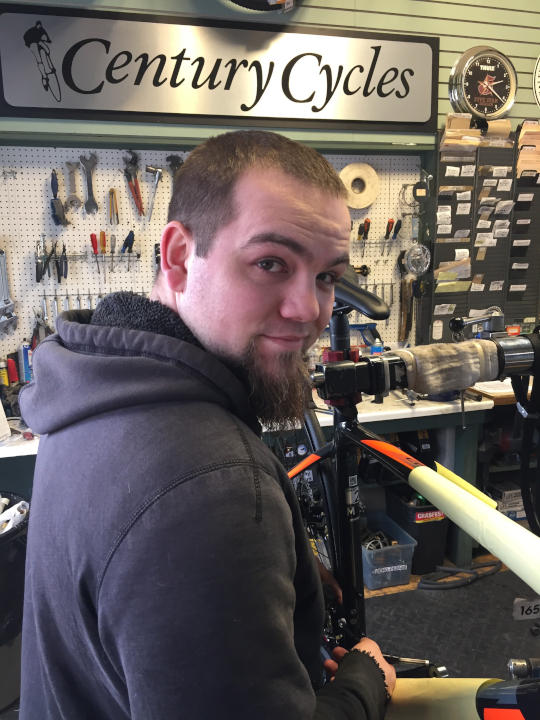 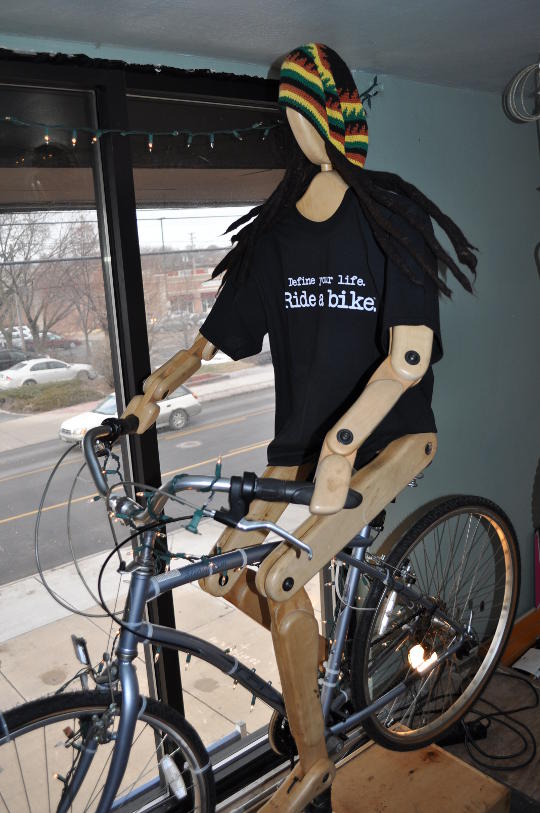