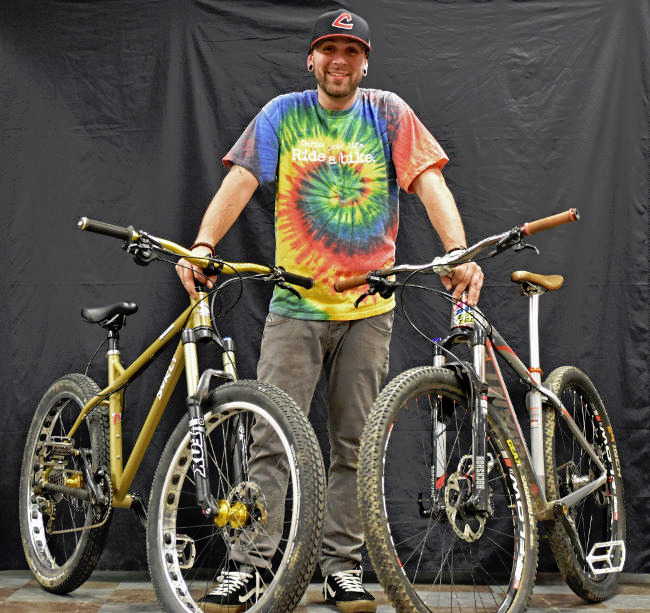 Being born in the last year to be considered an 80's baby, I hold a unique position at the Medina shop.  Not only do I remember when MTV had music, but I can also work a computer as well. Growing up, I always had an interest in all things two-wheeled, mainly sparked by my dad having motorcycles and putting me on dirt bikes at a young age. Fast forward 20 years and not much has changed. While I still cling to the motorized side of things with a 2005 Yamaha R6, it's safe to say that I have far more bicycles than motorcycles these days.

Currently, I hold the title of Head of Bike Builds at the Medina Century Cycles, but I have another, self-proclaimed title as well...that of Wheelie Master! With my personal record of just over 6 miles, I'm gladly accepting challengers to try and dethrone me. In fact, it was this wheelie talent that more or less landed me my job at Century Cycles in 2011. Mike Petcher, the previous manager at the Medina store, took notice of my passion for bicycles and brought me into the fold! I haven't looked back since!

Along with bikes and motorcycles, my interests have recently expanded into photography. When I'm not riding, I love taking pictures of wildlife or anything nature related, as well as street photography and astronomy. On August 21, 2017, I even made the 8-hour drive to southern Illinois to both witness, and photograph, the first total solar eclipse in the U.S. since 1979!  So, next time you're in Medina, stop in and say hello!  You can't miss me, I'm the guy with big holes in my ears!  Happy Trails!